My sweet doggies. They are so lazy. All they seem to do is lay around and sleep...on the not so soft floor. We have bought dog beds for them in the past, but the "bastard" dog Scrappy always ends up destroying the beds. He was taken from his mother early and he likes to suckle on the beds - which leads to a hole - which leads to fun - which leads to total destruction!!! The situation was getting desperate...they had begun finding other sources for a doggy bed... 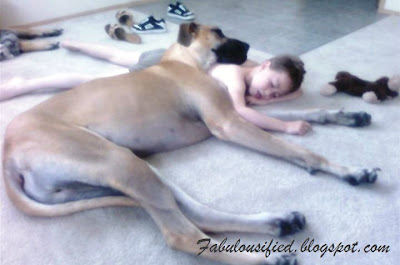 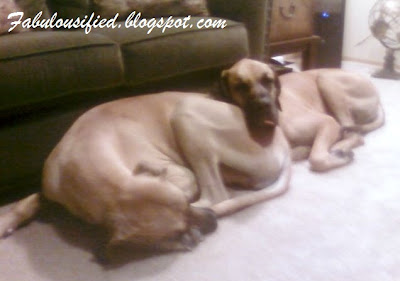 This opened up a world of possibilities! The color and fabric choices. I could customize them to match my color scheme! With this exciting epiphany aside, I had to figure out the best way to actually make the suckers, and buy a sewing machine! I'd been wanting one for a while, anyway.

I chose to use foam for the innards of my doggy dream beds. I do not recommend getting the foam from the craft stores; my are they expensive! I picked up my foam in very large sheets at Fred Meyer for only $20 each. I think they were meant to line the bed of a camper, or something. They were really long, and I did not want to dedicate THAT much space to the beds, so I cut them in half and stacked two pieces together for each bed. This was for the best because, at about 130 lbs each, the single layer of foam just wasn't enough support for my babies. 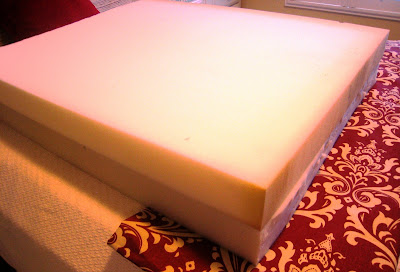 To keep the costs down, I used fleece for the top and bottom portions of the bed where they lay. I chose a little more expensive, pretty fabric for the sides to give it some Fabulousity! I roughly measured to fit the foam inserts. Roughly as in, I laid the fabric on top of the foam and used that as a guide while I cut! I did the same thing for the side pieces. I did leave an extra inch of fabric all around for the OMG I messed ups seams. I have yet to claim to be an experienced seamstress! 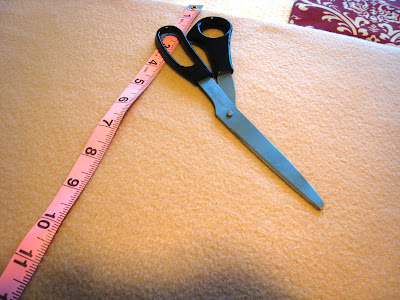 After cutting all of my fabric, I simply took it one seam at a time. I attached the four sides to one of the large fleece pieces. Then I sewed the side pieces together to make the corners, leaving one of the shorter sides untouched to allow for easy zipper attachment. 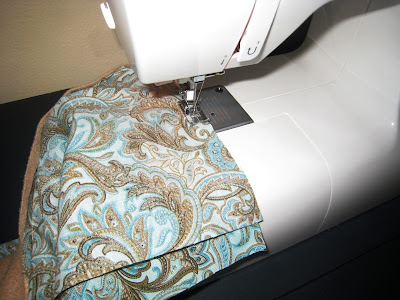 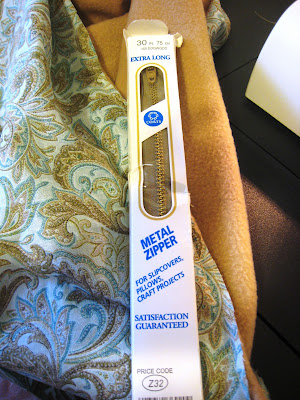 For the first bed, I attached the zipper directly where the seam would have gone. This ended up making the bed cover difficult to put onto the foam inserts. Instead, with the second bed, I cut one of the shorter sides of the bed down the center and attached the zipper there. It was an extra step, but worth it. Afterwards, I made the final few stitches to form the last two corners of the doggy dream bed! 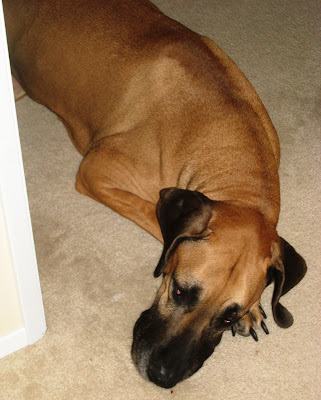 Initially, I just made one bed. I was so excited for them to use it. K.C. jumped right on it and never looked back. However, Scrappy didn't want anything to do with it. I guess he didn't like my color choice! Then about a month later, he decided to sleep on the bed!!! So, the next day I set to work making his! Scrappy was waiting patiently for me to finish his bed. He always watches me when I DIY anything. He just likes to be near his mommy!

I must say, the foam is working out perfectly! It is so well shaped, that Scrappy does not suck on it like a bottle or drag it around. I see these lasting for a long time, but for roughly $30 a bed - it'd be okay if it went the other way! 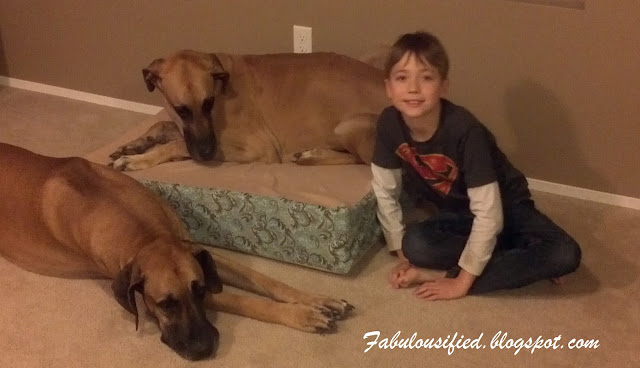 K.C. on the bed, Scrappy on the floor, and Ethan wishing he could have his own Doggy Dream Bed!