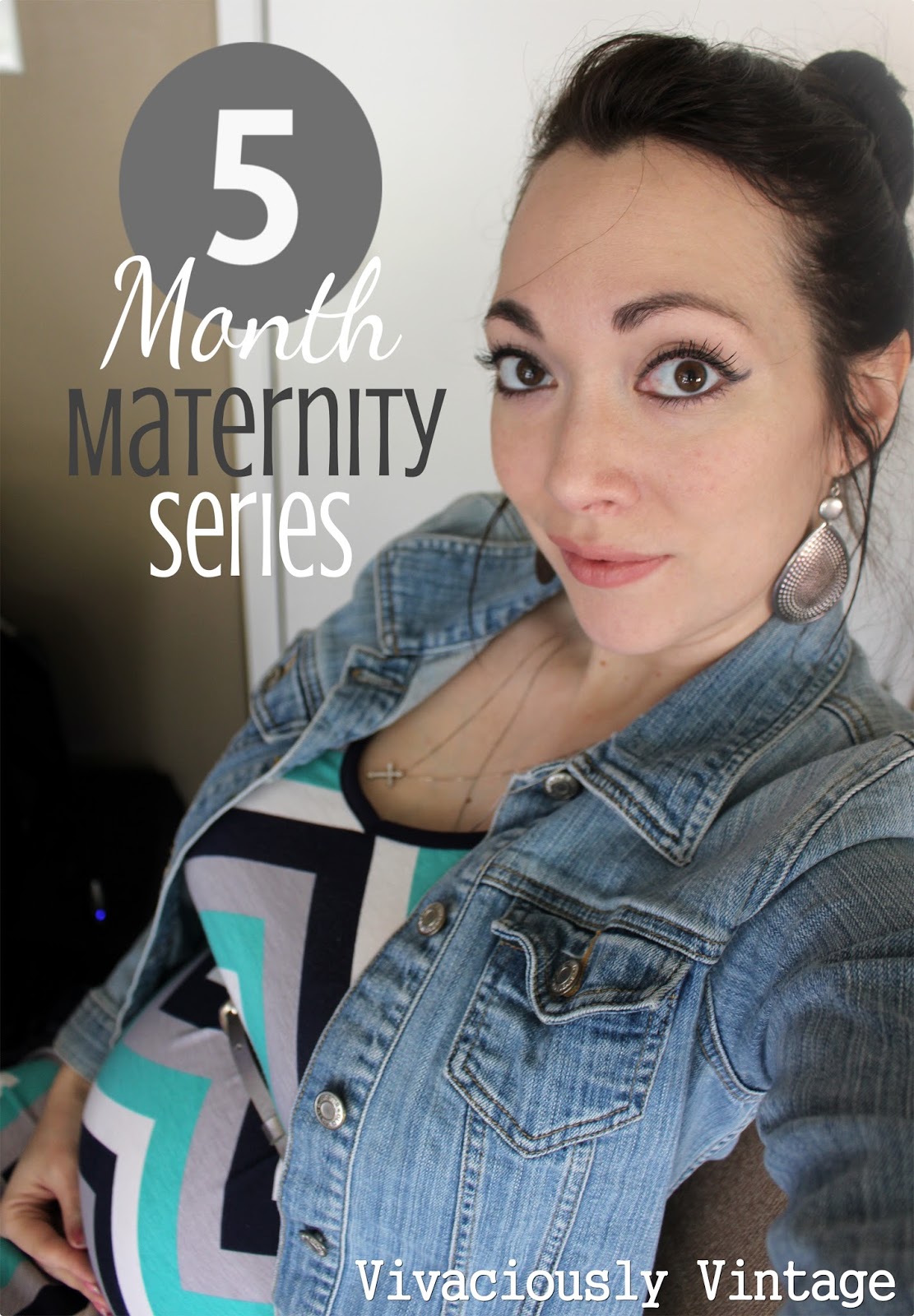 One thing I regret is having like NO pictures of me pregnant with Ethan! There are 3 that I can think of, and one of them is of me standing in the hallway in granny panties and a sports bra. Super classy! So, I had Ethan snap some pictures of me in the backyard! He's such an unwilling, budding photographer! haha. Someone on Facebook even told me they look professional (though they took some novice editing on my part). GO kiddo! lol. 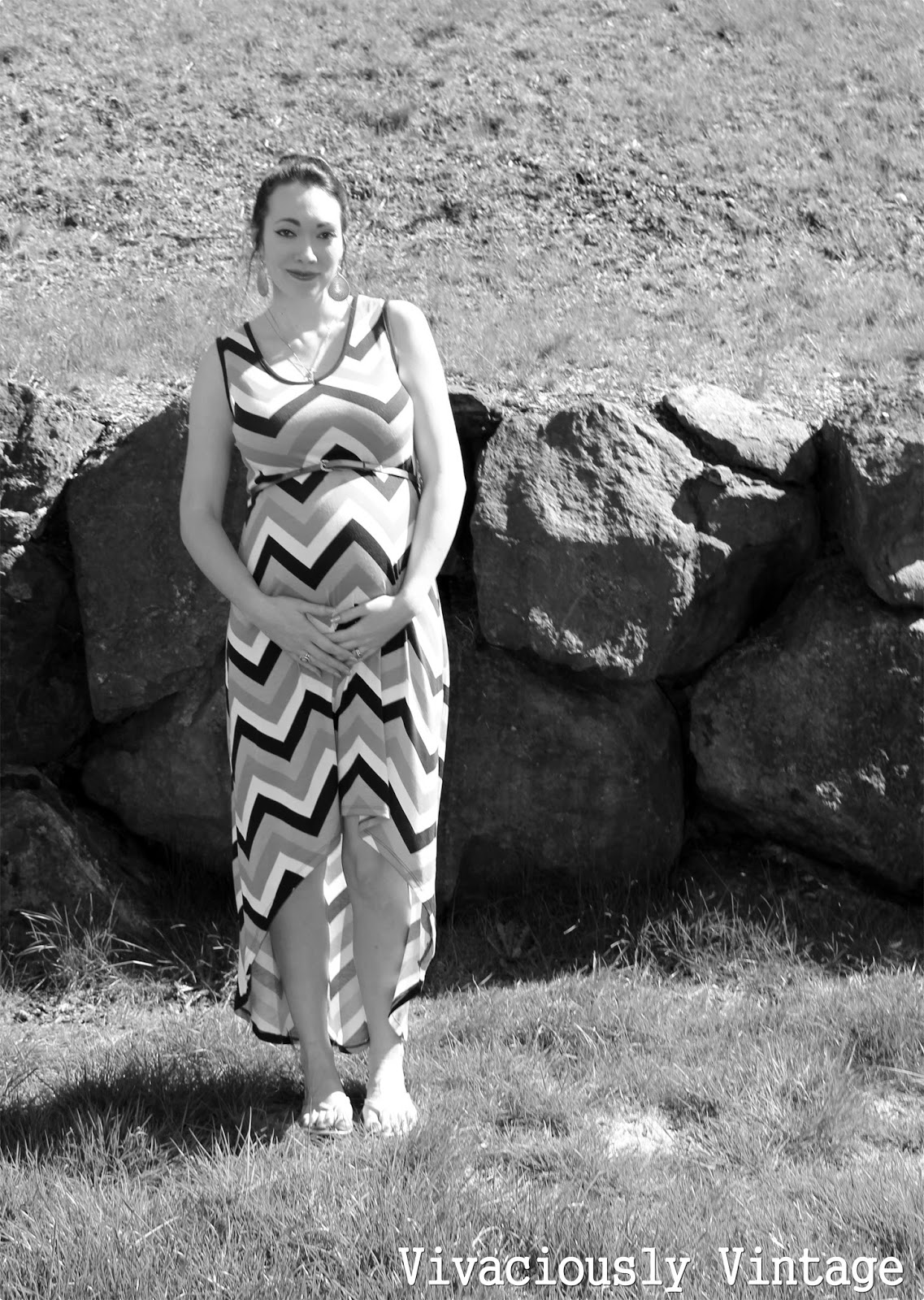 I'm still able to wear lots of my non maternity clothes. I picked this cute chevron maxi dress up at Ross Dress for Less, which is like a cheaper version of TJ Maxx -if you can believe that! It was only $12 and forgiving enough that I can wear it for a while pregnant. AND, of course, I can still wear it after the baby (if I don't gain 60 lbs like I did my first pregnancy)! I threw a silver belt around it, so I didn't look like a tent, and paired that with my silver flip flops! Easy, comfortable, cute! 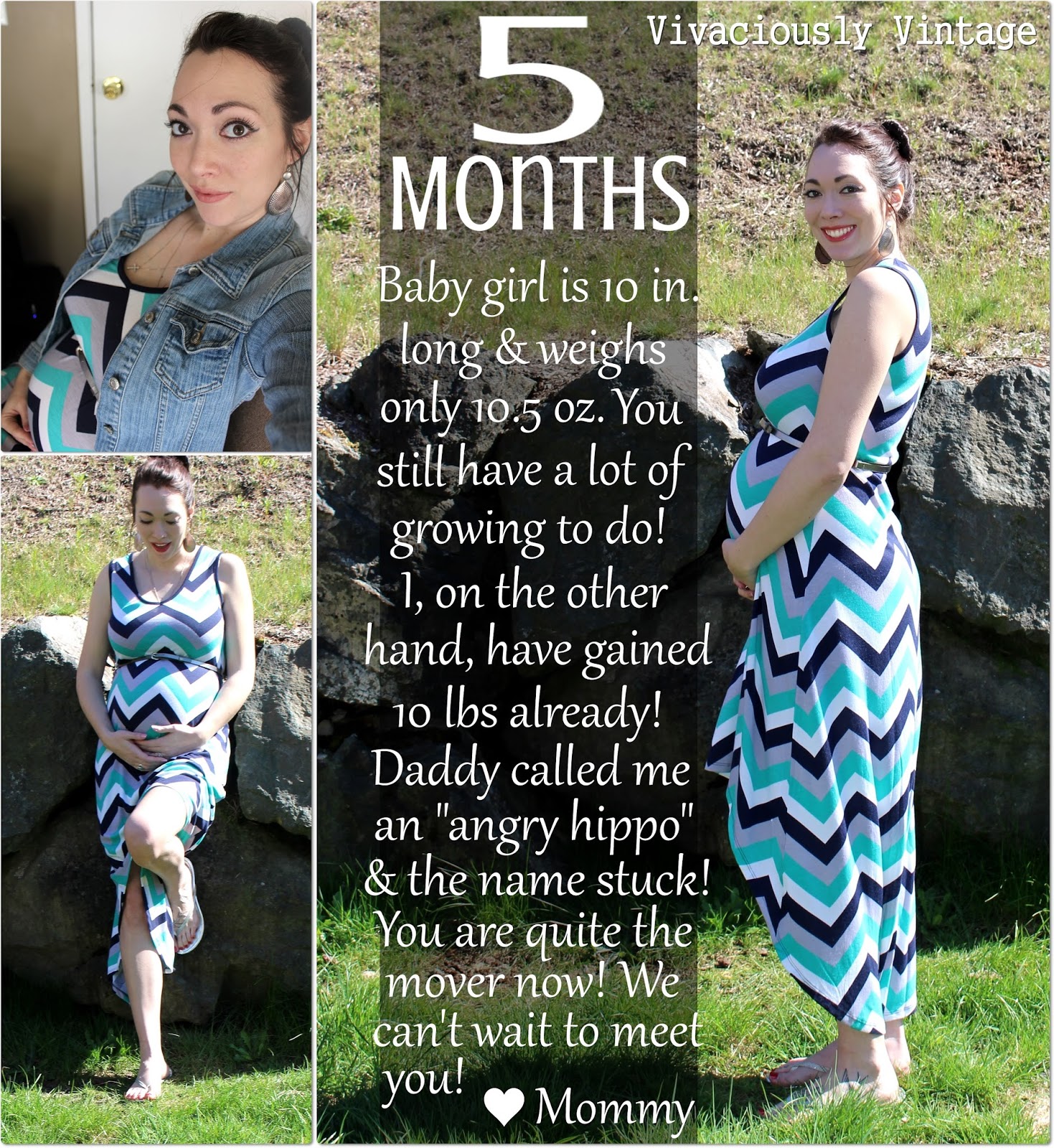 So, I figure that my husband deserves an explanation for the "angry hippo" comment. He's really not that mean - or stupid for that matter! haha! He was in the kitchen one day, and as usual, I had a half finished/not started project lying around. One of which was a hippo figurine. So he asked, "What's this hippo doing on the counter?" I told him that I left him there to dry after I washed him off because I was planning on painting him red. He just laughed at me and asked, "Like an angry hippo?". I said in a mean voice, "angry, angry hippos!" (I was thinking like hungry, hungry hippos the game). Then he says - "Like you?" GASP!!!! I immediately determined that he called me an angry hippo; so, I pretended to be mad at him for a while. He insisted that he meant only the angry part because I had (maybe) been pretty moody lately.


Of course, I told everyone the story to get opinions. I even tagged him in a FB post about it....he didn't approve the tag on his timeline! hahaha. Anyway, everyone agreed with me that it sounded like he was calling me an angry hippo - instead of inferring just the angry part! Well in my vast story sharing, kiddo got a huge kick out of it - it is a funny story after all. We go to the casino pretty much every Friday for the seafood buffet; Hubby gets it free for us with his comp points (mmm). I go crazy for their fresh pineapple...it's SOOO GOOD! At dinner, kiddo took a napkin and drew a big hippo with it's mouth open gobbling up pineapple. So, then I was the hungry, hungry hippo. We laughed all through the meal about it! At least I'm a good sport, right? ;) I know they don't mean anything by it. 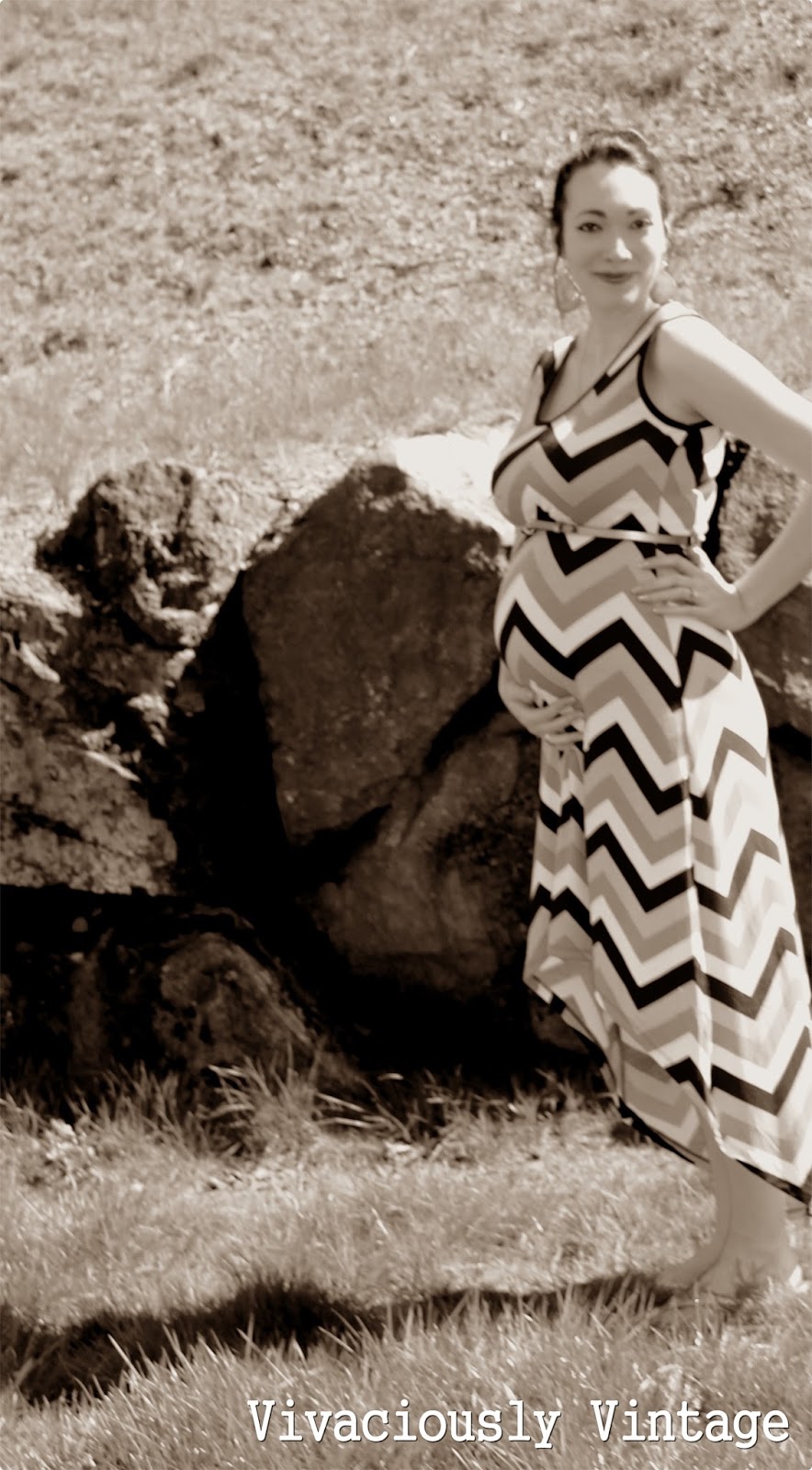 Now, back to the whole me being pregnant thing...  ;) This one and the very first photo on the page are selfies...can you tell? I edited the text onto both of them to cover up the giant gold doorknob that was staring you in the face! A little repetitive, but cute. This bottom one is my personal FB profile photo. :) And who doesn't love a good selfie?? lol 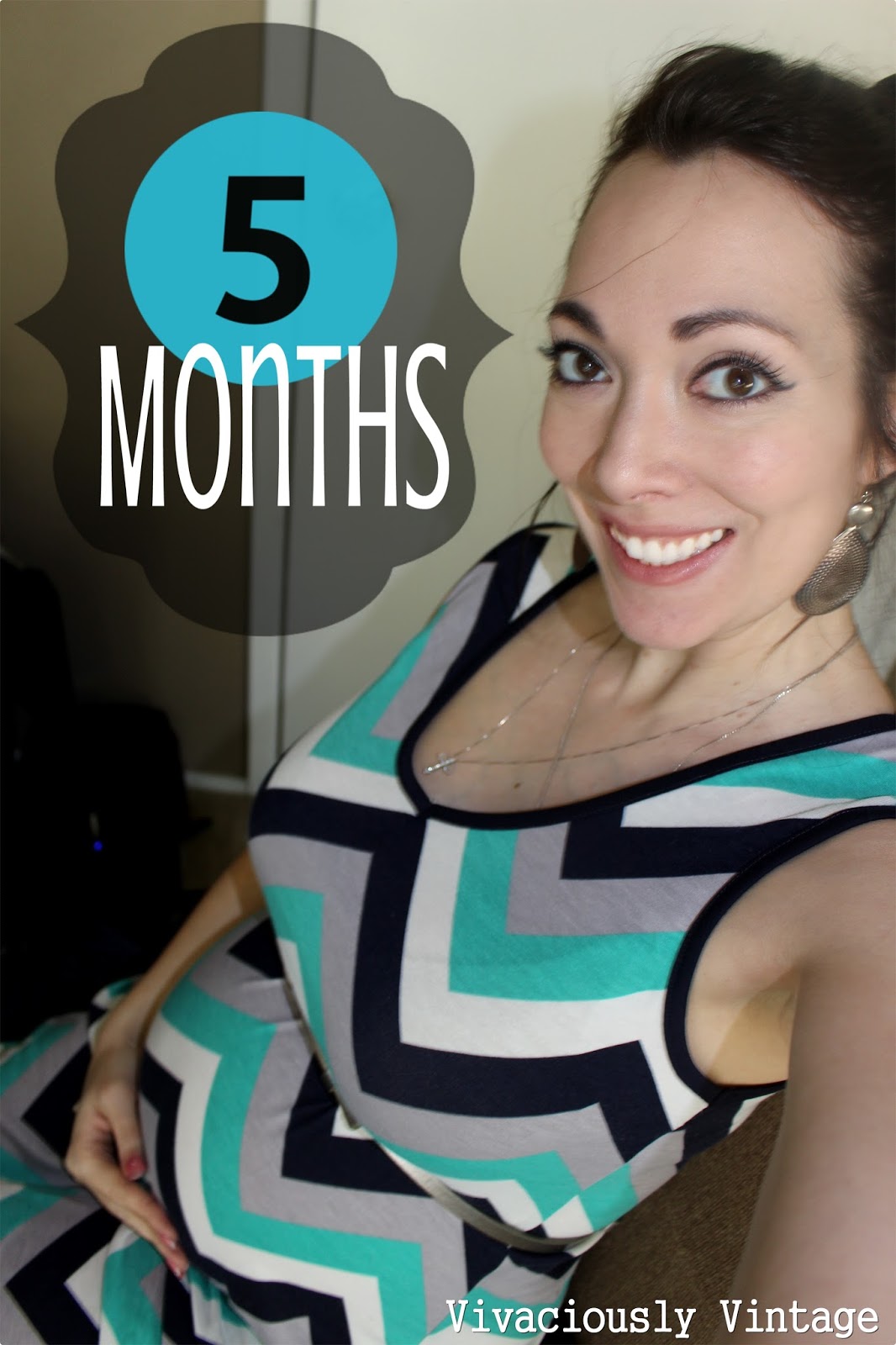 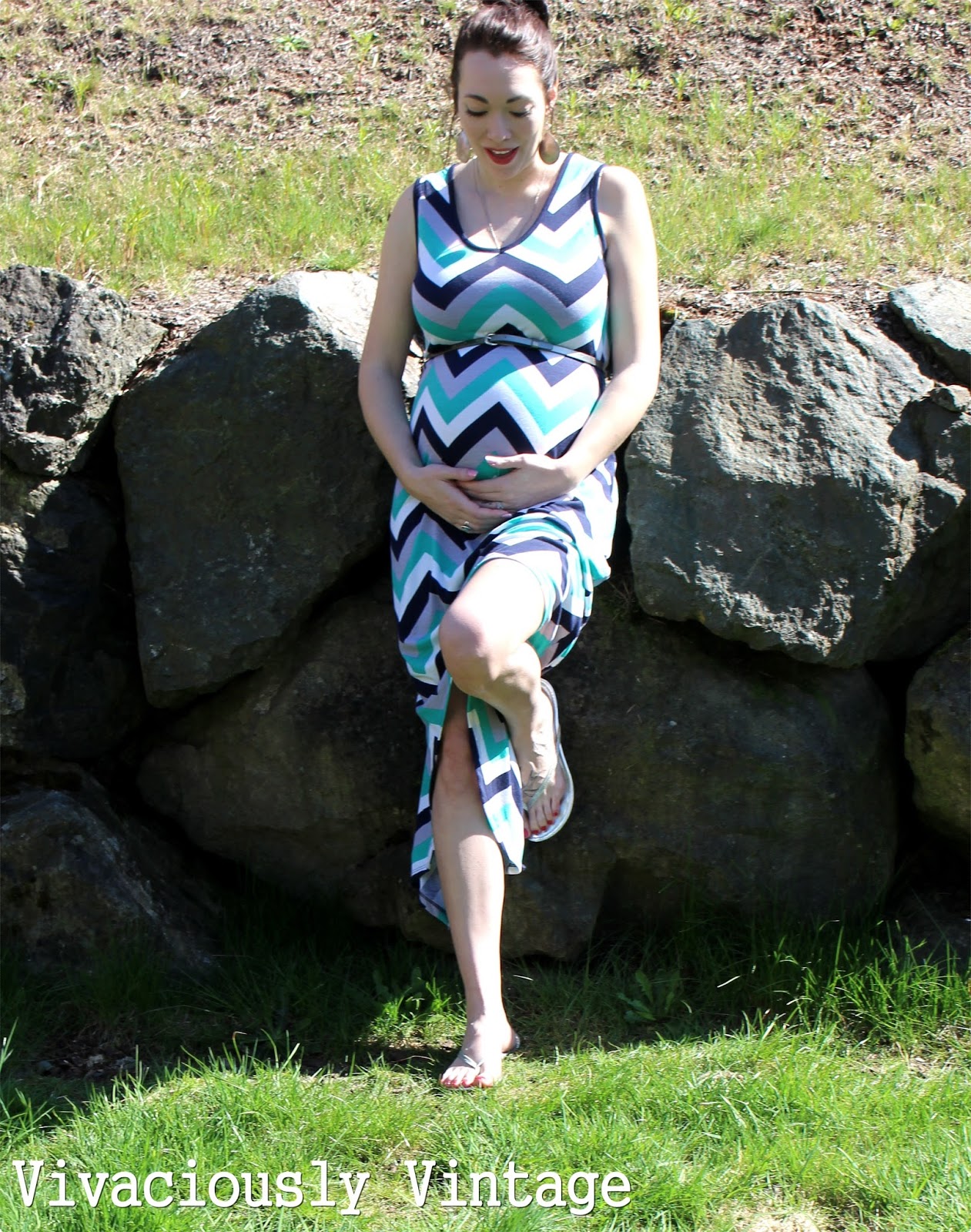