Whew! How ironic is it that I'm finally posting my 8 month pregnancy photos as my 7 day old baby sits in my lap! Kiddo and I finally got around to taking my 8 month pictures - admittedly I procrastinated as usual...I think I was just very tired at this point. Makeup? Walking when it's hot outside? Man that takes work. lol 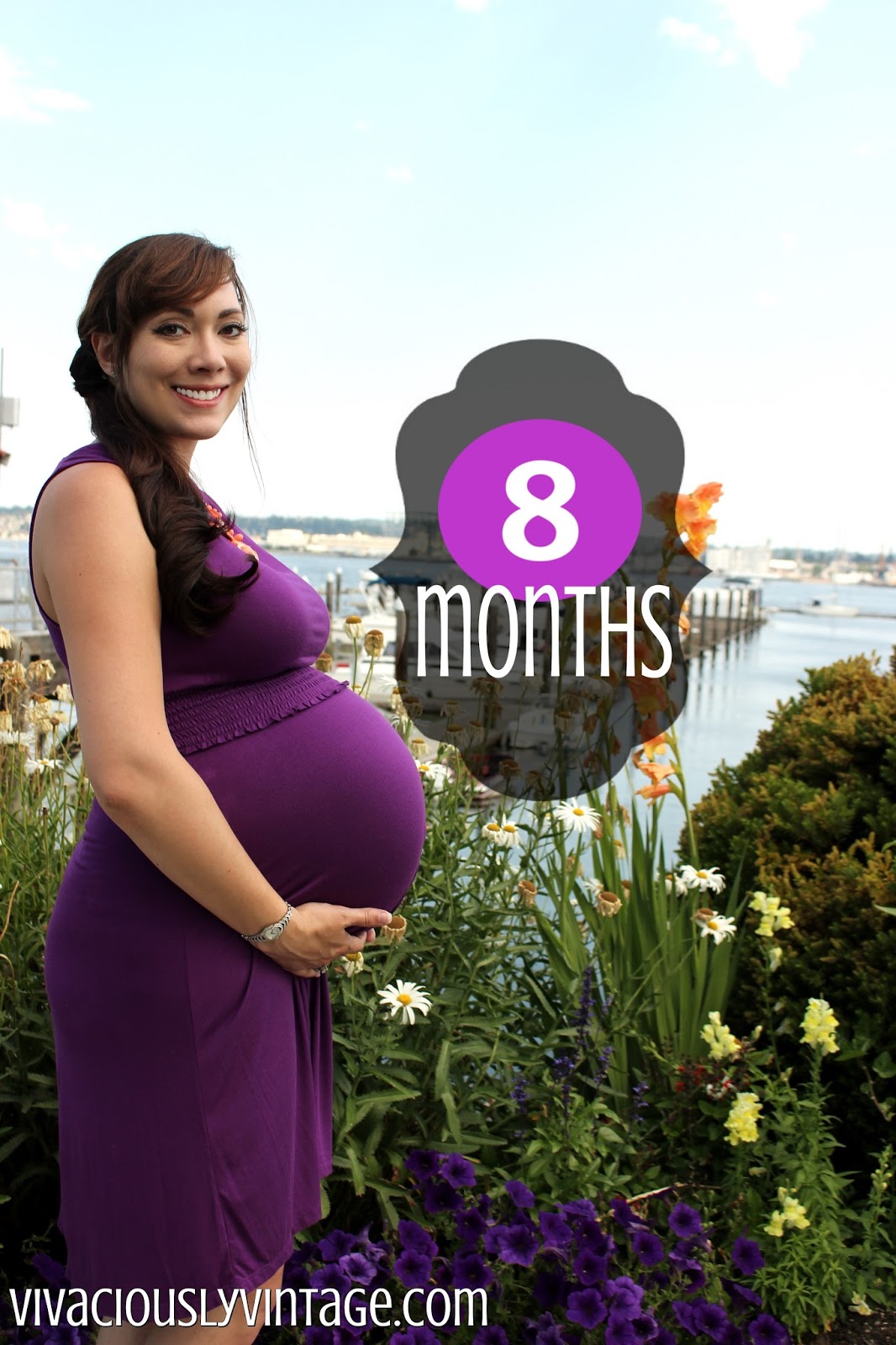 Again my Ethan took the photos. He still amazes me for an 11 year old! Most of these were taken downtown near the waterfront. Before we went there, I really wanted my photos done at this quaint little bed and breakfast. There's even a series of books based on it's location. While I haven't read them myself, my Aunt Judy really likes them. She and my uncle were in town and stayed there. I met them at the bed and breakfast, and they showed me around. It's this huge, gorgeous home that was completely renovated while maintaining the original charm and character of the house. That's right up my alley! I met the owner and she was sweet as pie, even though she convinced me that I had a "hidden twin", that it was really a thing, and there was surely 2 babies in there! haha.

Anyway - because she was so sweet and welcoming, I thought it would be fine to go back there for my maternity photos. I just wanted to make use of the outside since the home is a gorgeous backdrop, and the gardens are beautiful! Alas, we had only snapped a few photos when her husband came out and was questioning us. I told him the situation and that I had met his wife the previous week. He seemed irritated that we were there as he finished up the liquor in his glass. I asked if he wanted us to leave and apologized. He briefly got distracted by someone checking in, then turned to us and asked us to leave and was pretty rude about it. Granted I should have called and asked permission, but there was no reason to be rude - especially when I volunteered to leave after we started talking. I guess a giant pregnant woman and her young son are super threatening. So instead of me raving about how awesome they were like I was originally planning...they get this. The two photos below are part the few that we were able to get at that location. 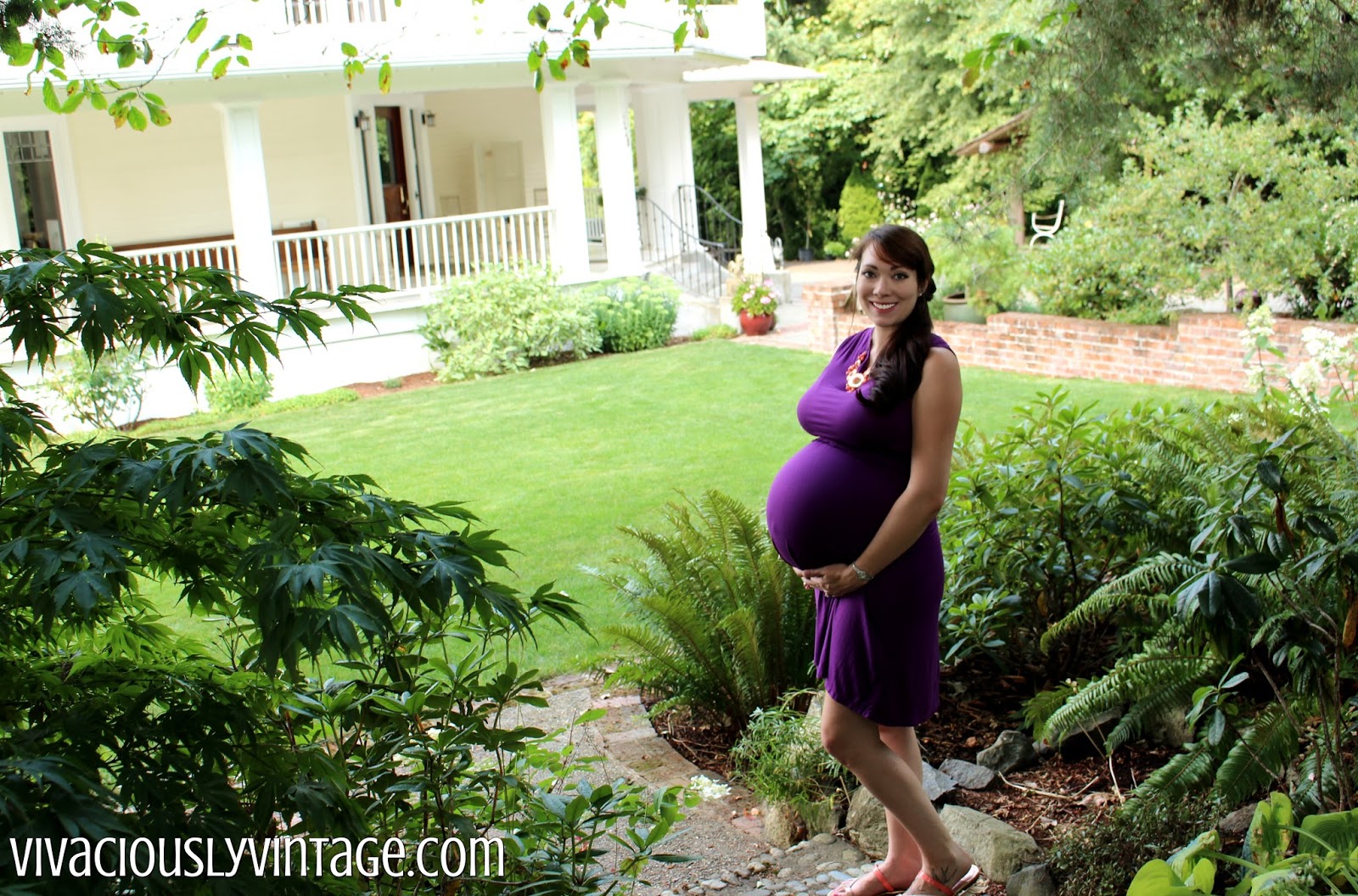 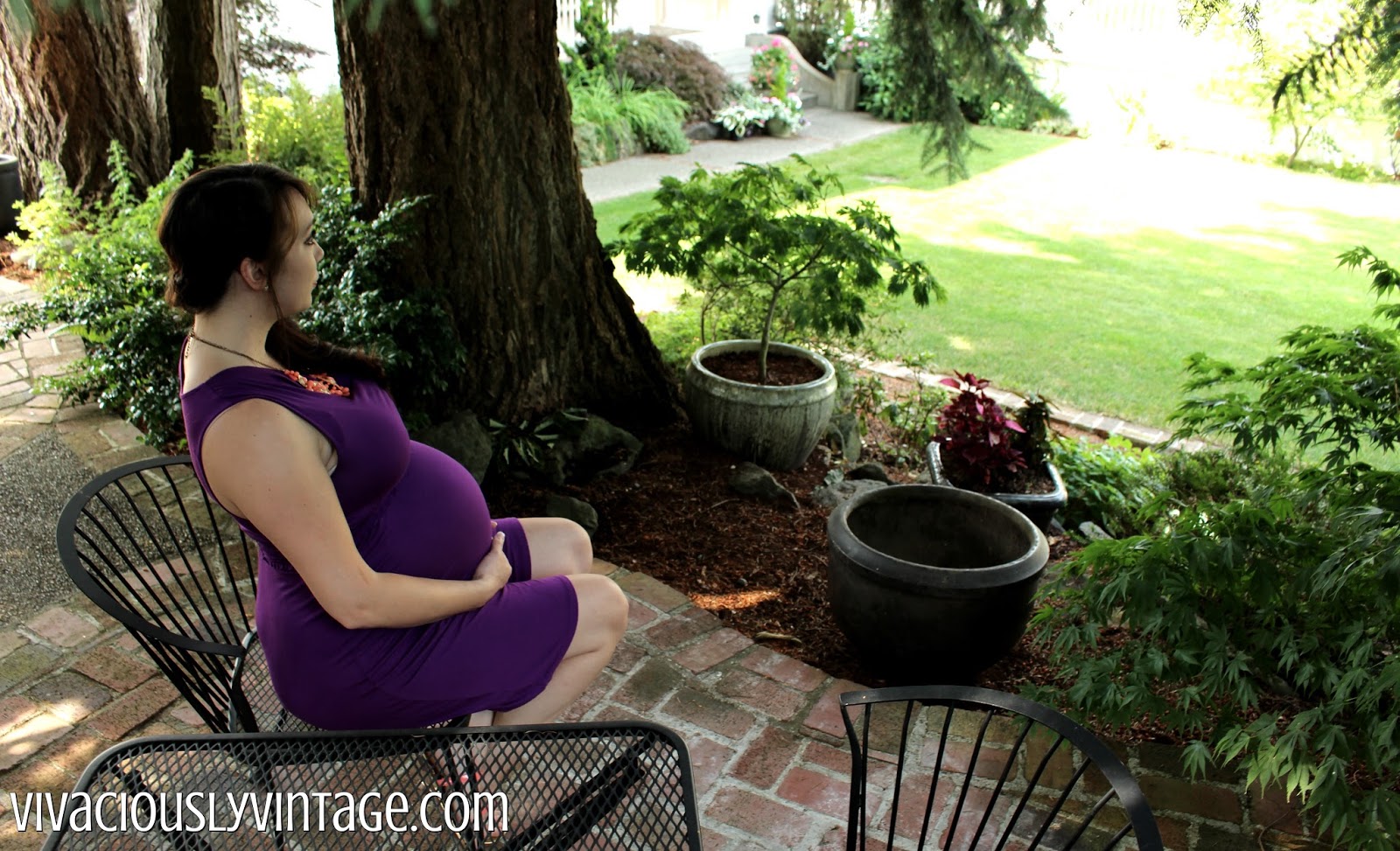 I was pretty devastated about the location issue. I had no idea where to go. I didn't really want to go back downtown to the waterfront because I had already done my 7 month photos there. Ethan talked me into going there anyway, and we were able to get a totally different look and feel from the previous photos. So, I'm happy with them! 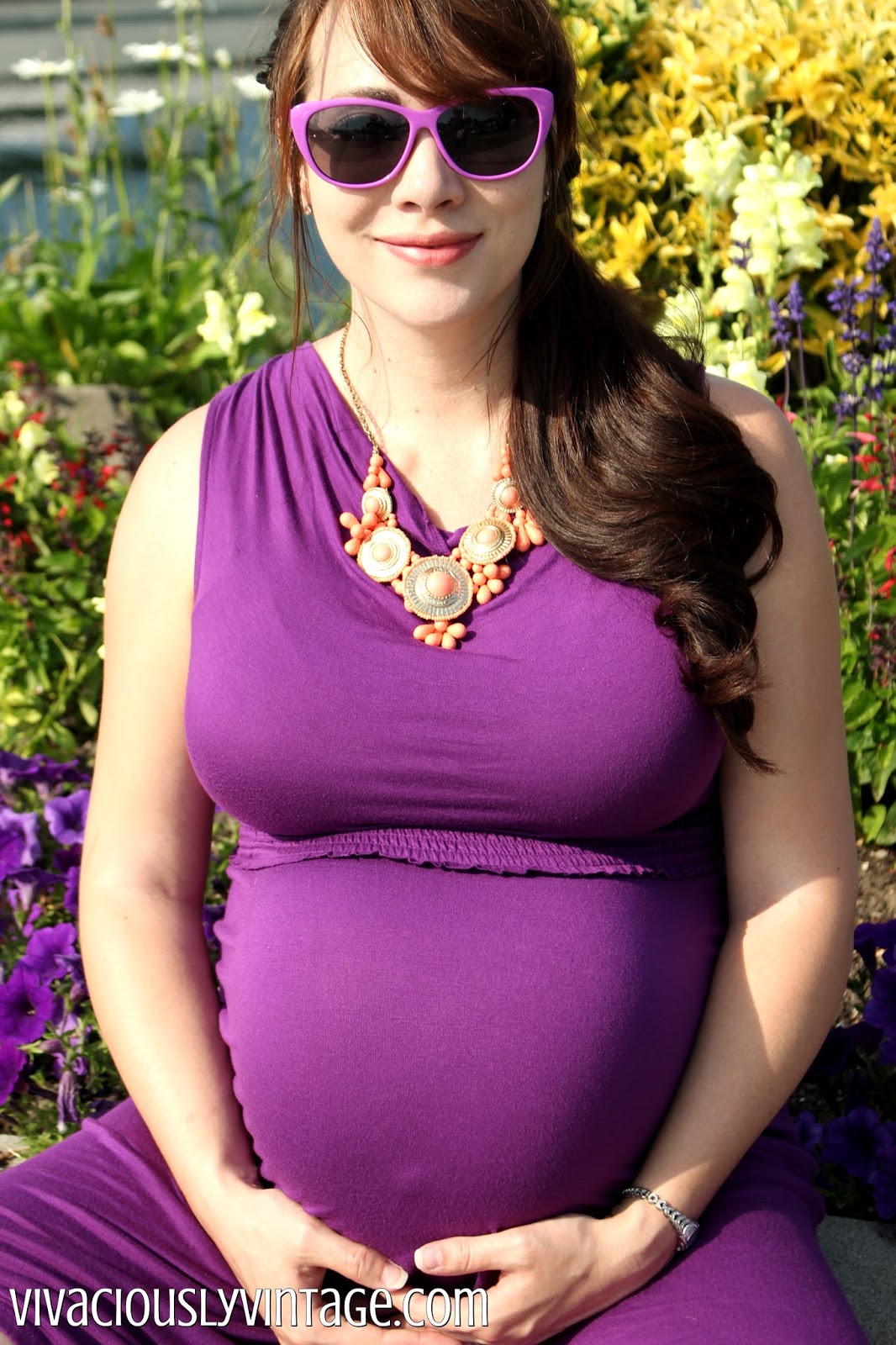 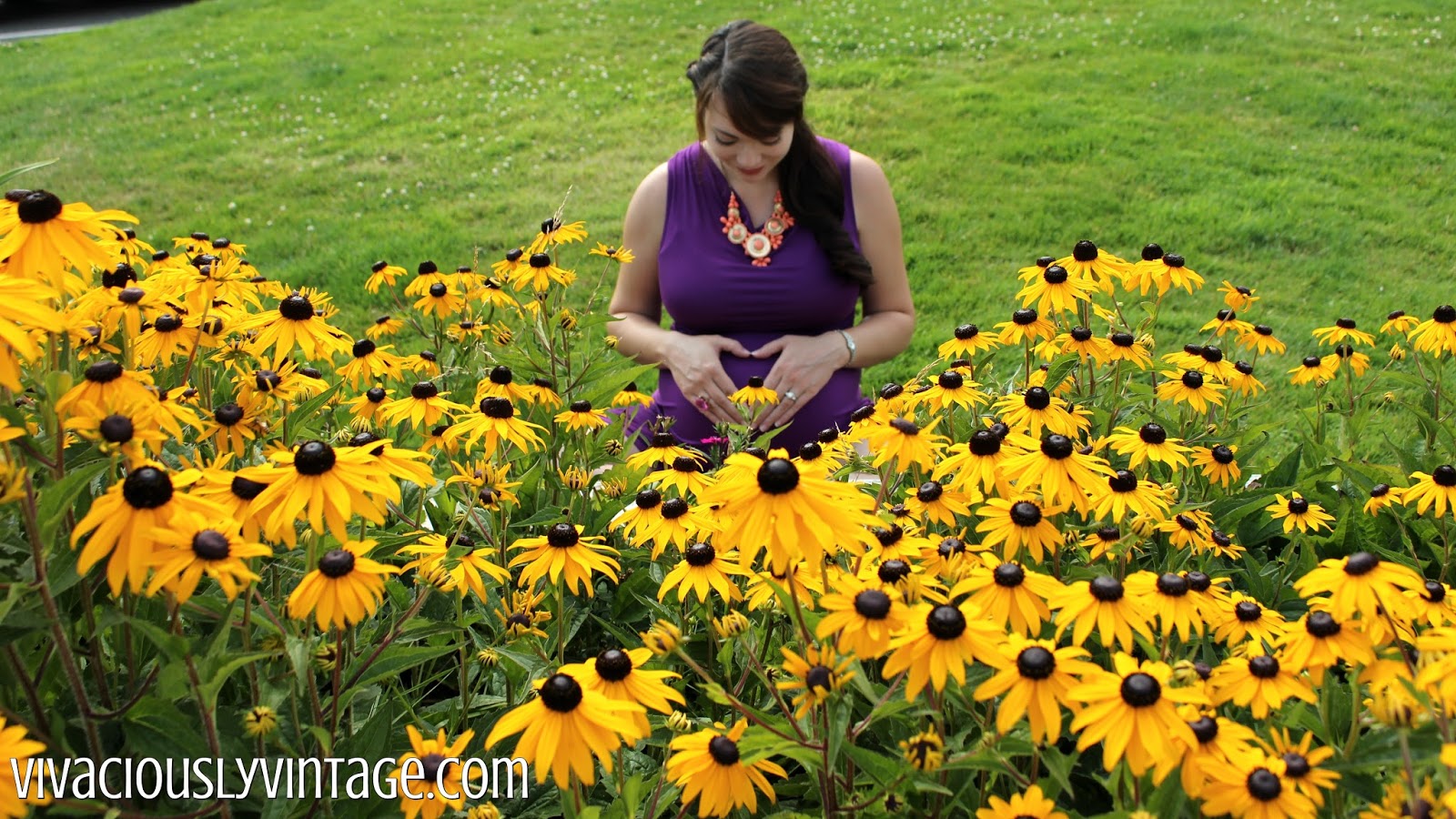 As far as the ensemble...the purple dress is from Target. It's maternity, and I got it years ago when Mom was visiting; she actually bought it for me. Sadly during her visit I had my second miscarriage, and the dress was hung up until this pregnancy. It's a great dress, though. I think I wore it a few times not pregnant. It's one of those that just drapes below the high waist and is really flattering with a flat belly or a hugemongo pregnant one! I picked up the shoes from Target also. However, a much more recent purchase. They were on sale for $17 each, and I picked up 3 of them in different colors! They were such a cute style, and I was sold because they slipped on. That's super important when you can barely reach your feet! I ordered the coral necklace from Ebay...for like $3. Seriously, the stuff coming from China is so cheap...and it was free shipping! The sunglasses are from the Dollar Tree believe it or not! I'm super in love with them. I ♥ how cheap they are because I'm not one who takes good care of my sunglasses. They get left around and just thrown in my purse without any case or protection. These are redic cute for only a buck!

This is one of my favorite shots! It's between this one and the one above that looks like I'm in a field of yellow flowers. I used Photobucket to get the coloring change. It has a very vintage/retro vibe to it. Very sweet! 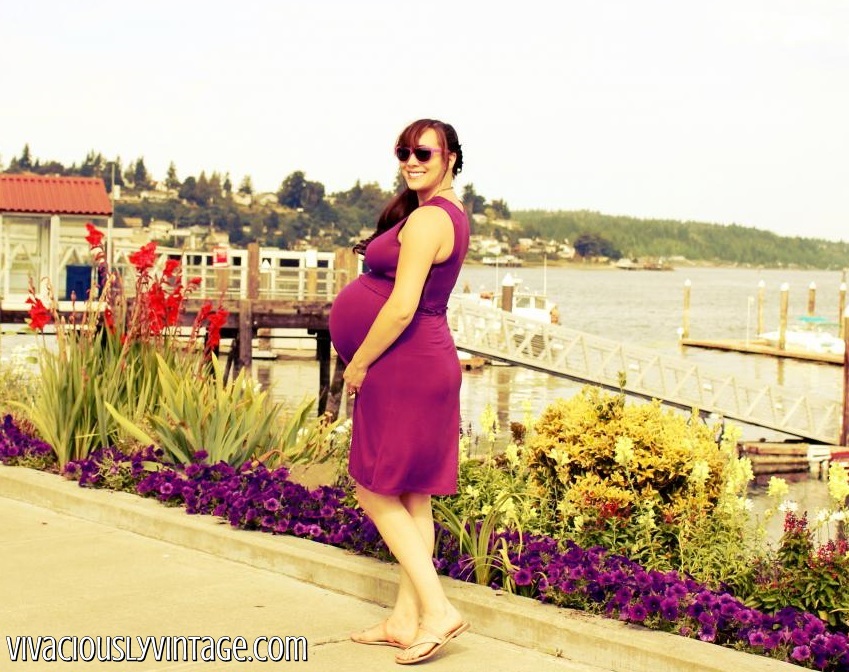 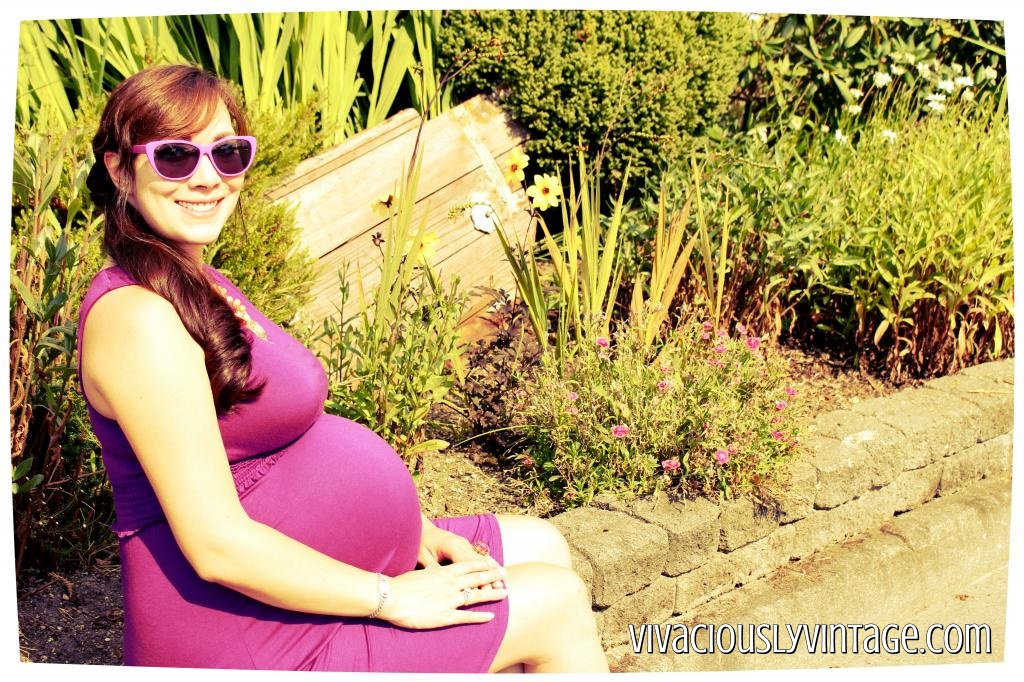 Photographer and Mommy selfie! I hate that kids wear their hats like that now! Whatever happened to the awesome curved brims?! 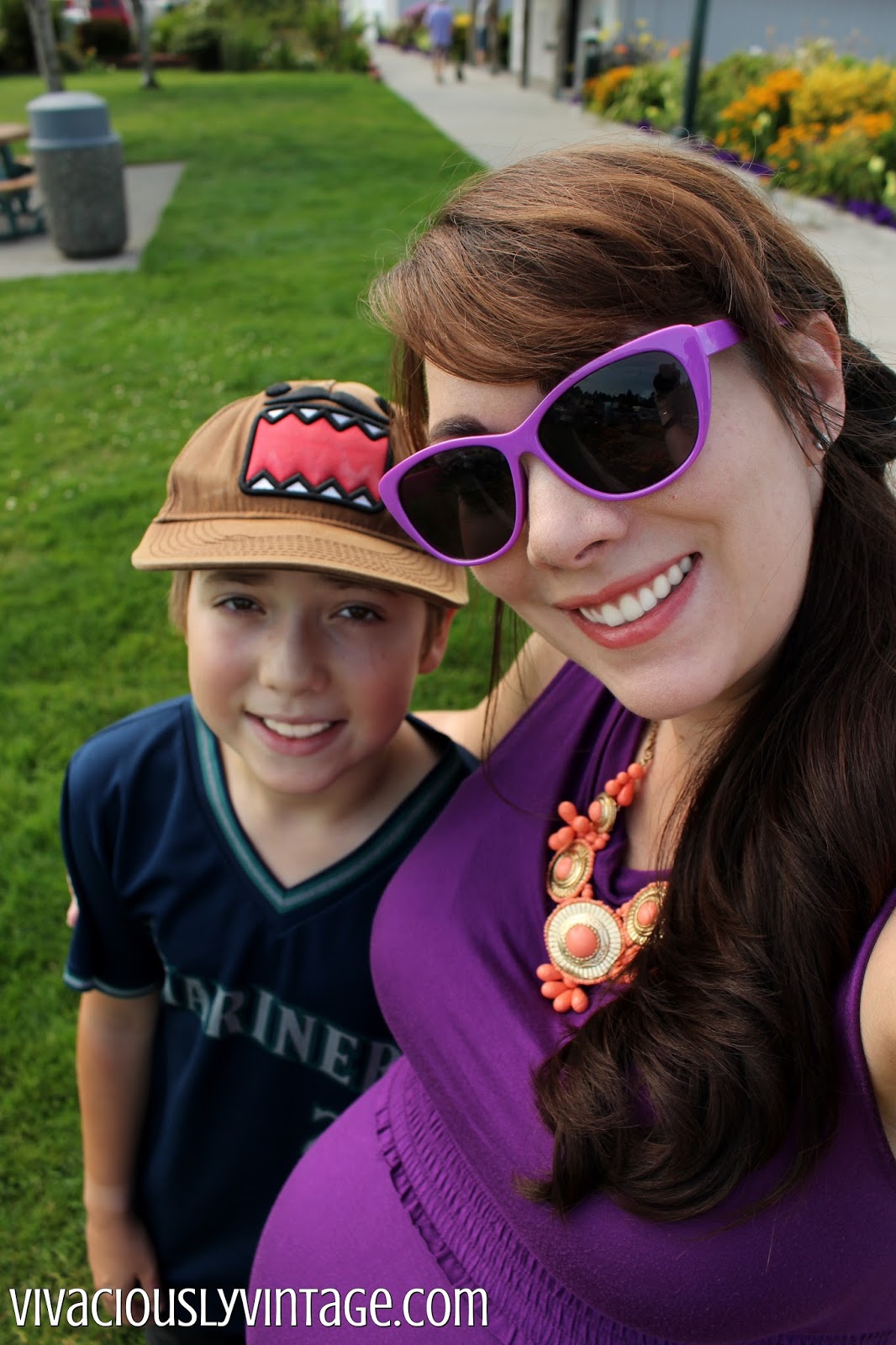 It's bittersweet that this is my last maternity session. Of course I'm thrilled that she is here, but I also enjoy being pregnant (though it was starting to get a little tough with the heat!) I'm a little remiss that I didn't get another photo shoot with Jeremy. I would have loved to have some sweet ones of him kissing my belly, etc. It just didn't work out that way! Our little stinker had other plans!!! At least I got some of us together in my 6 month photos!

I'm looking forward to doing a little photo shoot for the baby today for her 1 week birthday! Little naked hineys are so sweet! I'll be introducing her in a couple of days!!! ♥ 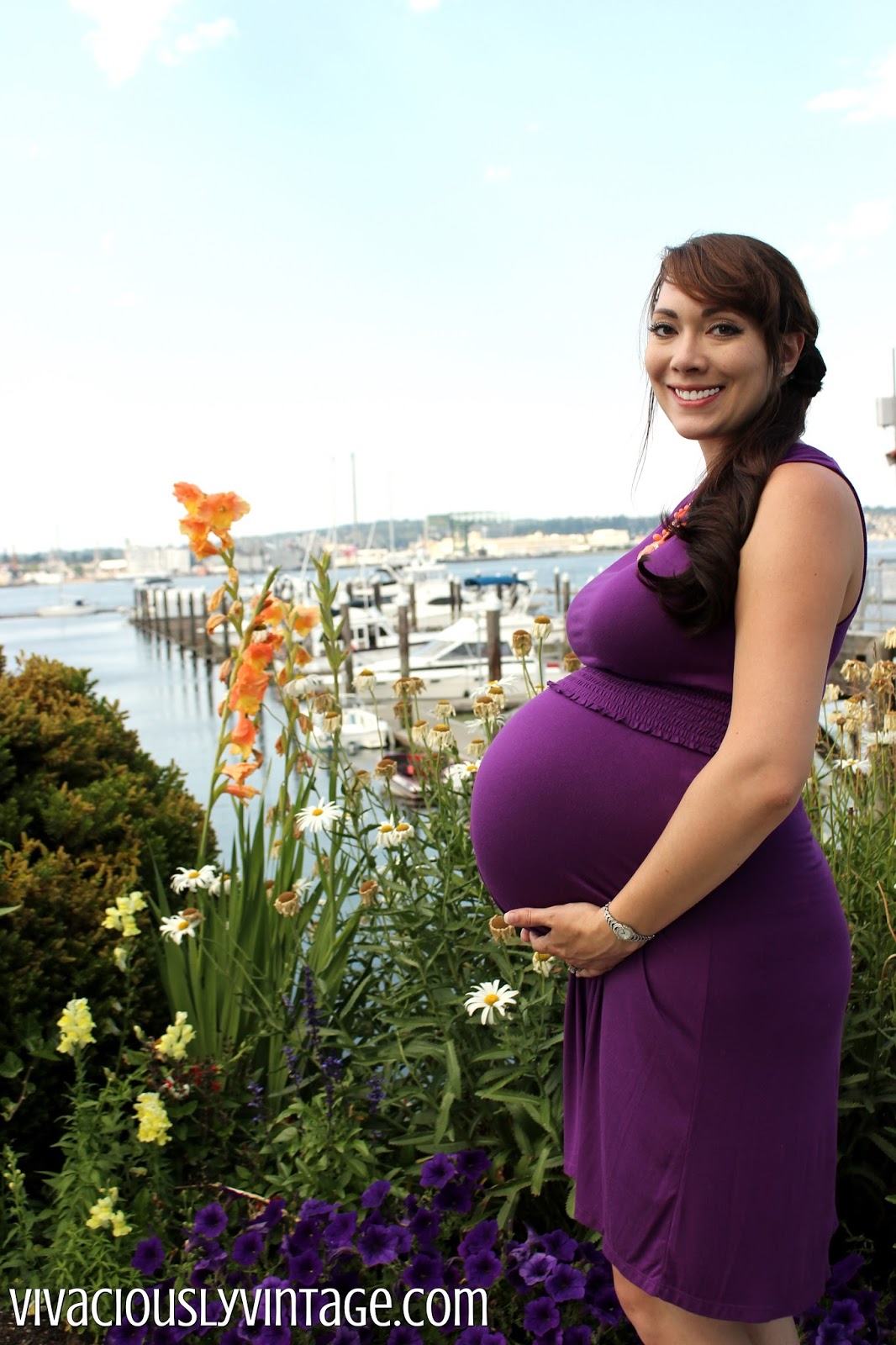