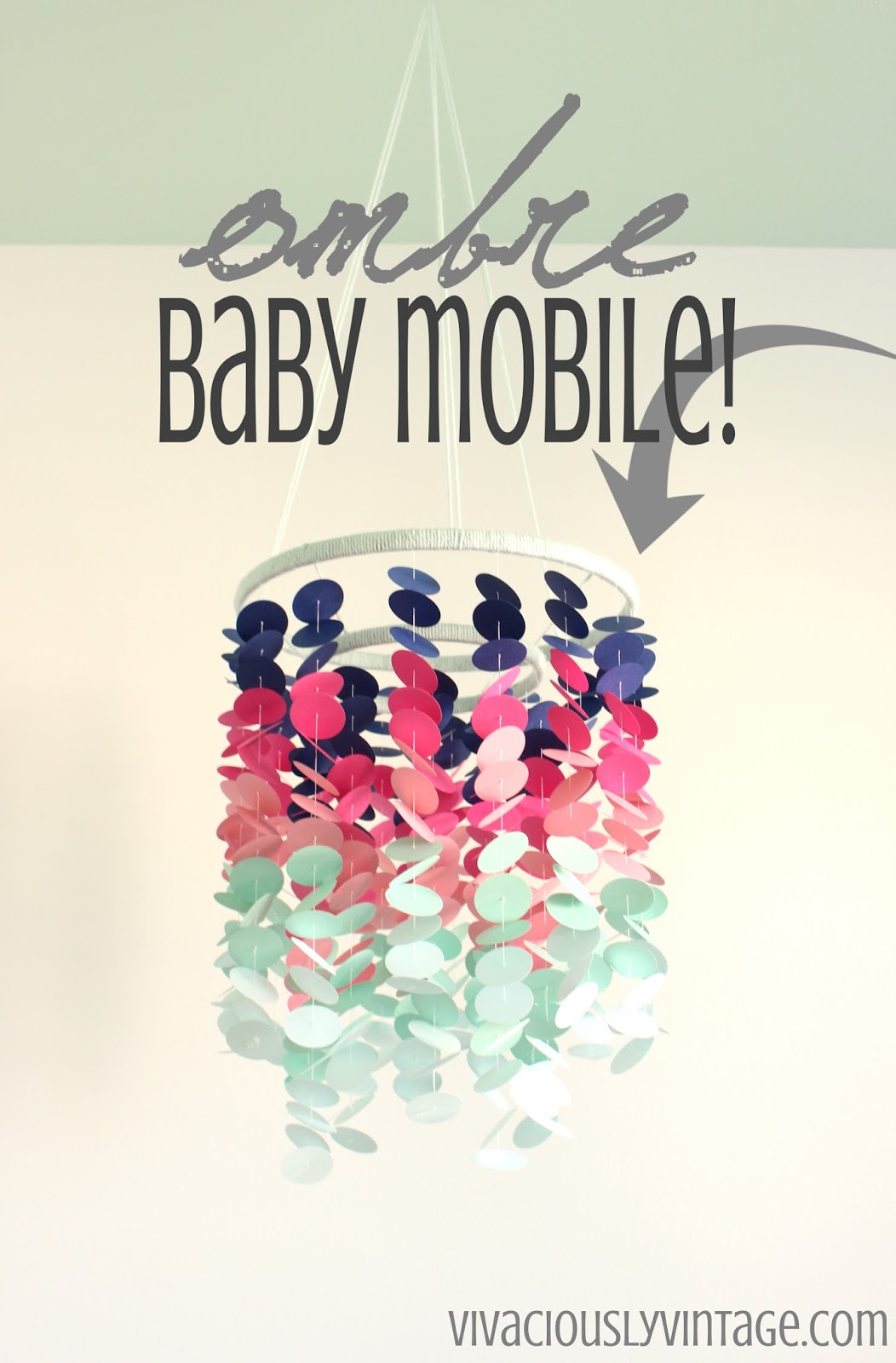 Love, love, LOVE this mobile! I was a little intimidated to take it on because it looked so detailed. It was very simple, though - just time consuming. If you follow me on Instagram, you got a sneak peek of this a few days ago! 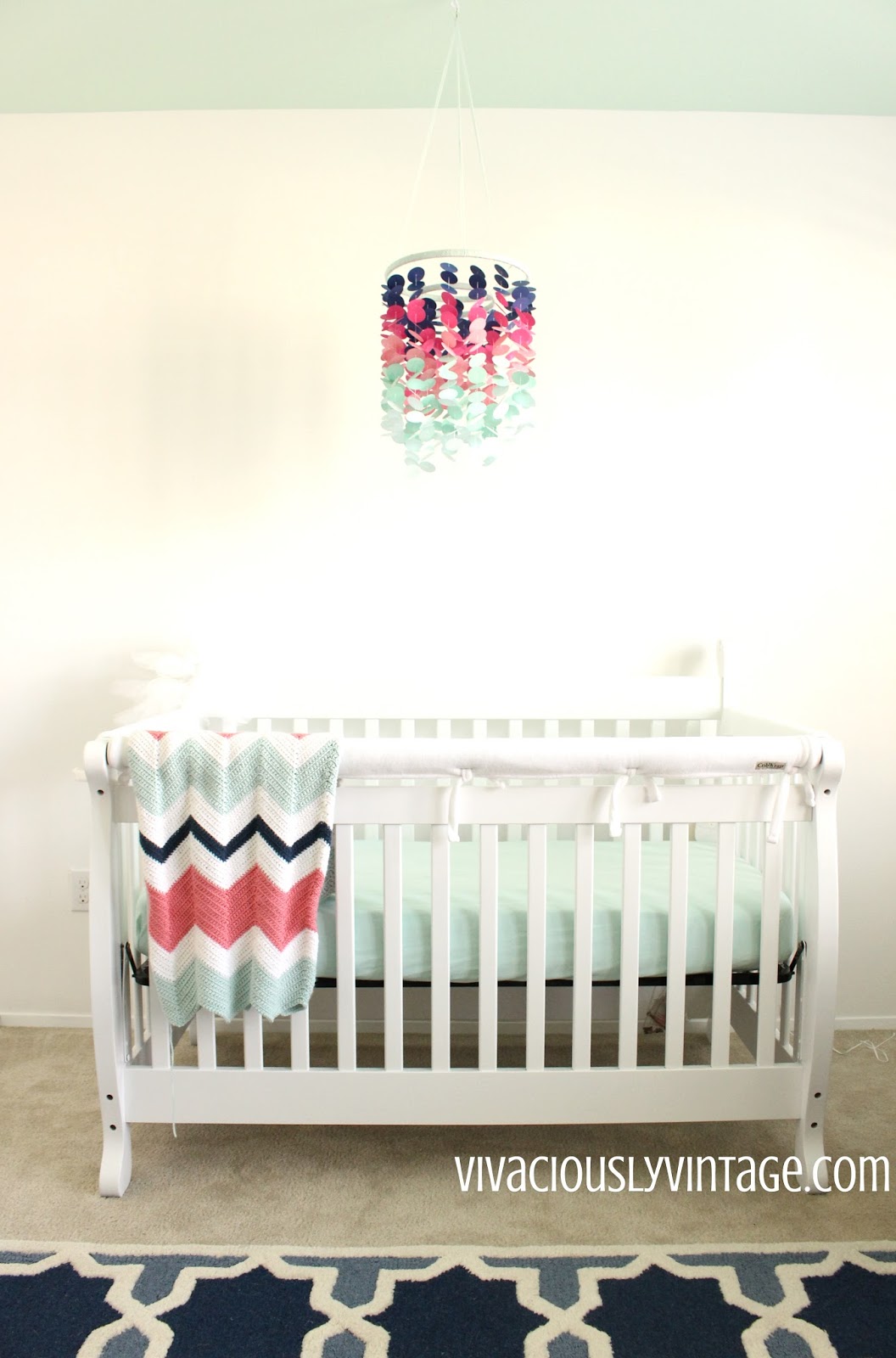 This is the tutorial that I used to create this masterpiece! I followed it exactly, minus a couple of changes and tips:


This gave me something to do during my "couch time". AKA when Reagan is nursing or napping and I can't move or she'll wake up! Some days I end up just sitting with her in my lap for 3+ hours at once. Goodness forbid I move her! She'll stay asleep through the move lots of times, but then 10 minutes later she'll wake up! Little stinker. So, I just resolved myself to the fact I have to sit there, even if I'm in my robe getting hot and sweaty, but don't dare move to take it off! haha I always try to have something productive to do on the couch. 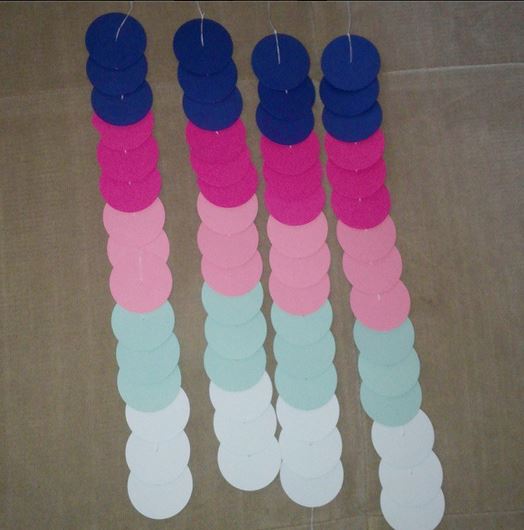 The "installation" was easy with the help of a cheap swag hook. My handsome hubby installed the hook into the ceiling for me. That's after I already marked the spot and was standing on an ottoman, holding a baby in one hand, and trying to drill above our heads with the other! haha, I'm glad he volunteered to finish it up for us! 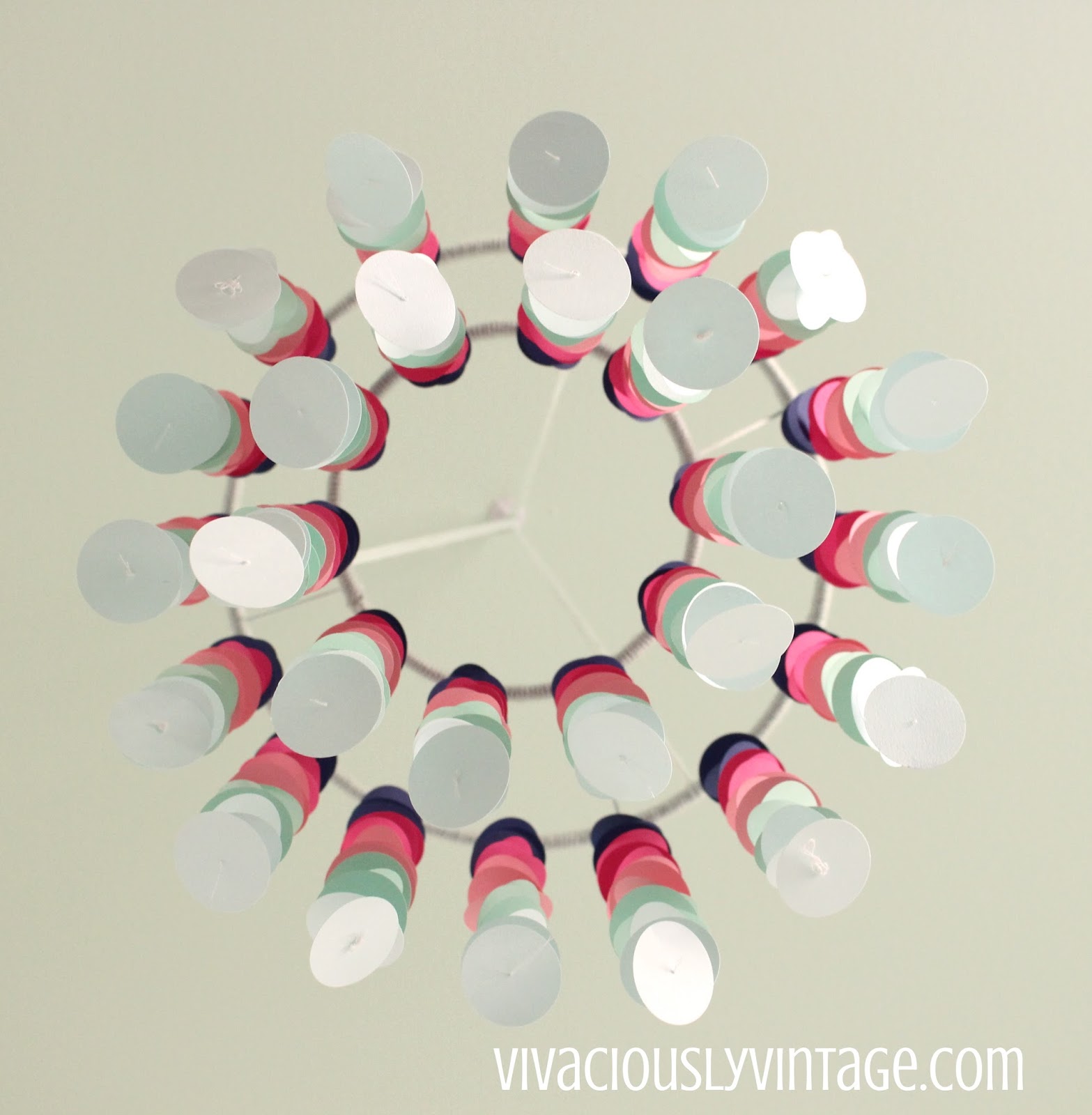 But I usually have her head toward one end of the crib or the other (not smack in the middle!), so this is likely more of what she sees! It looks so good against her mint green ceiling! I hear her in the morning talking to her new mobile! She doesn't even cry when she wakes, just talks all sweet waiting for me to come get her! Though I'm sure if I took too long she'd be a bit more forceful! 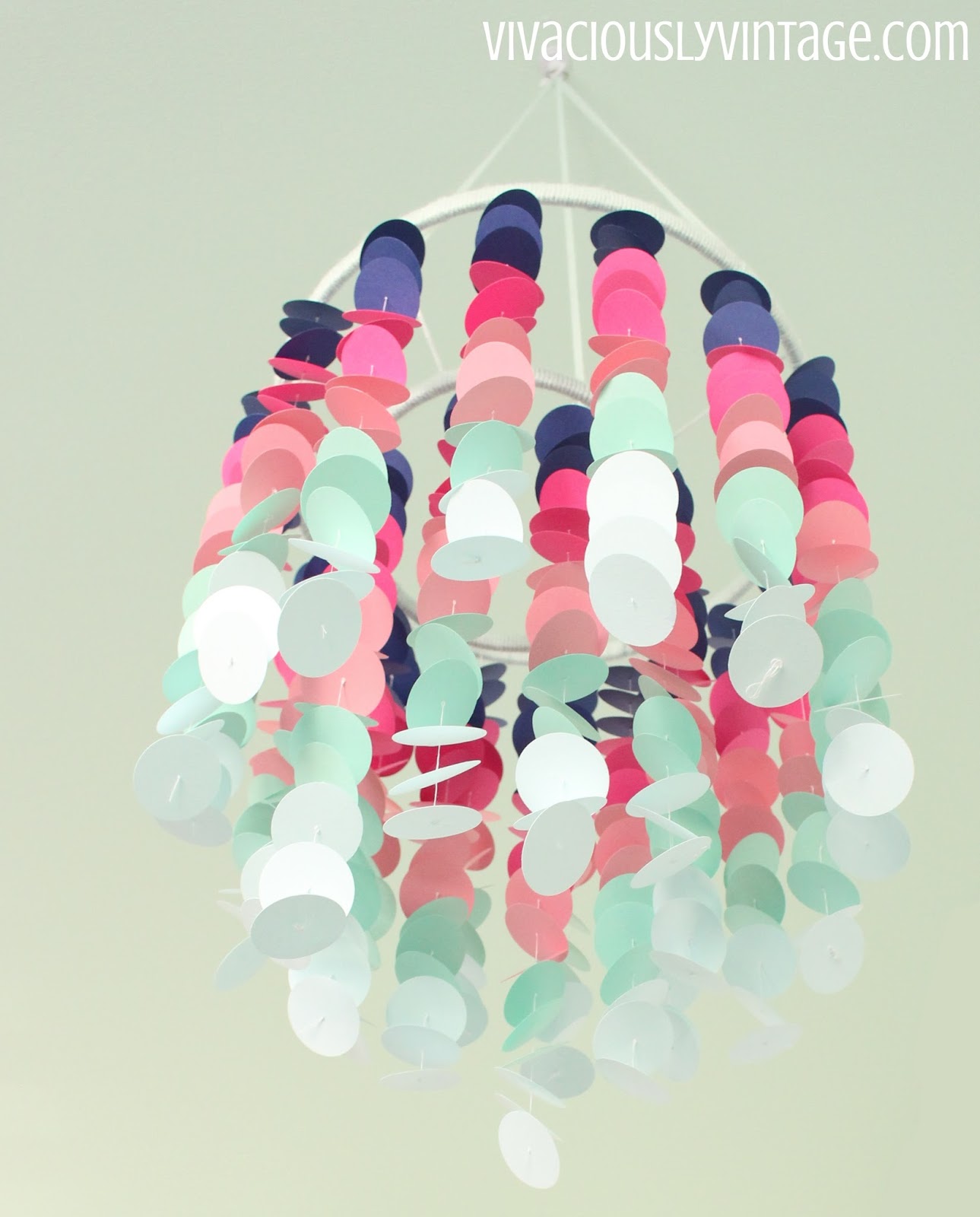 Now for some pretty detail shots! 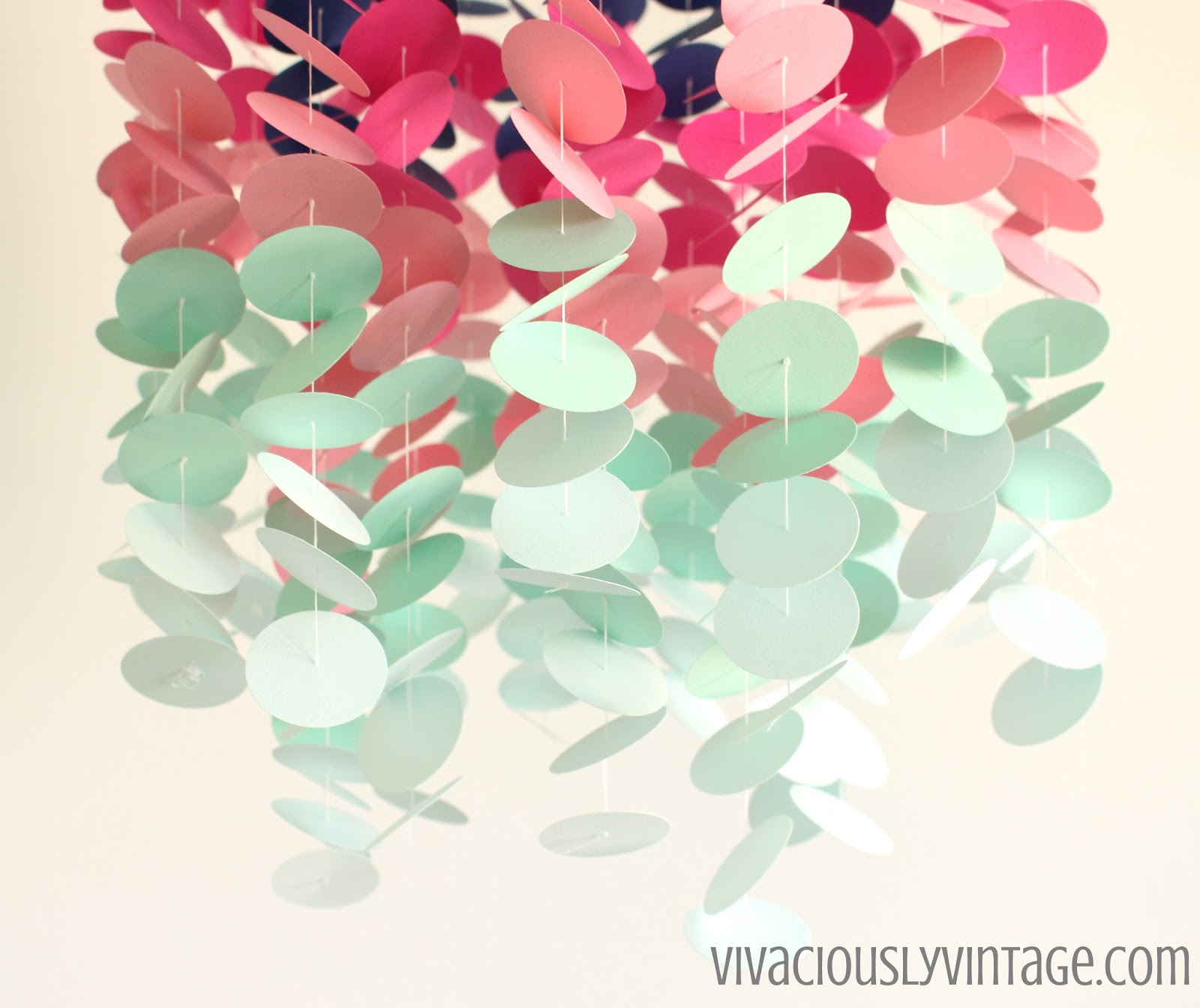 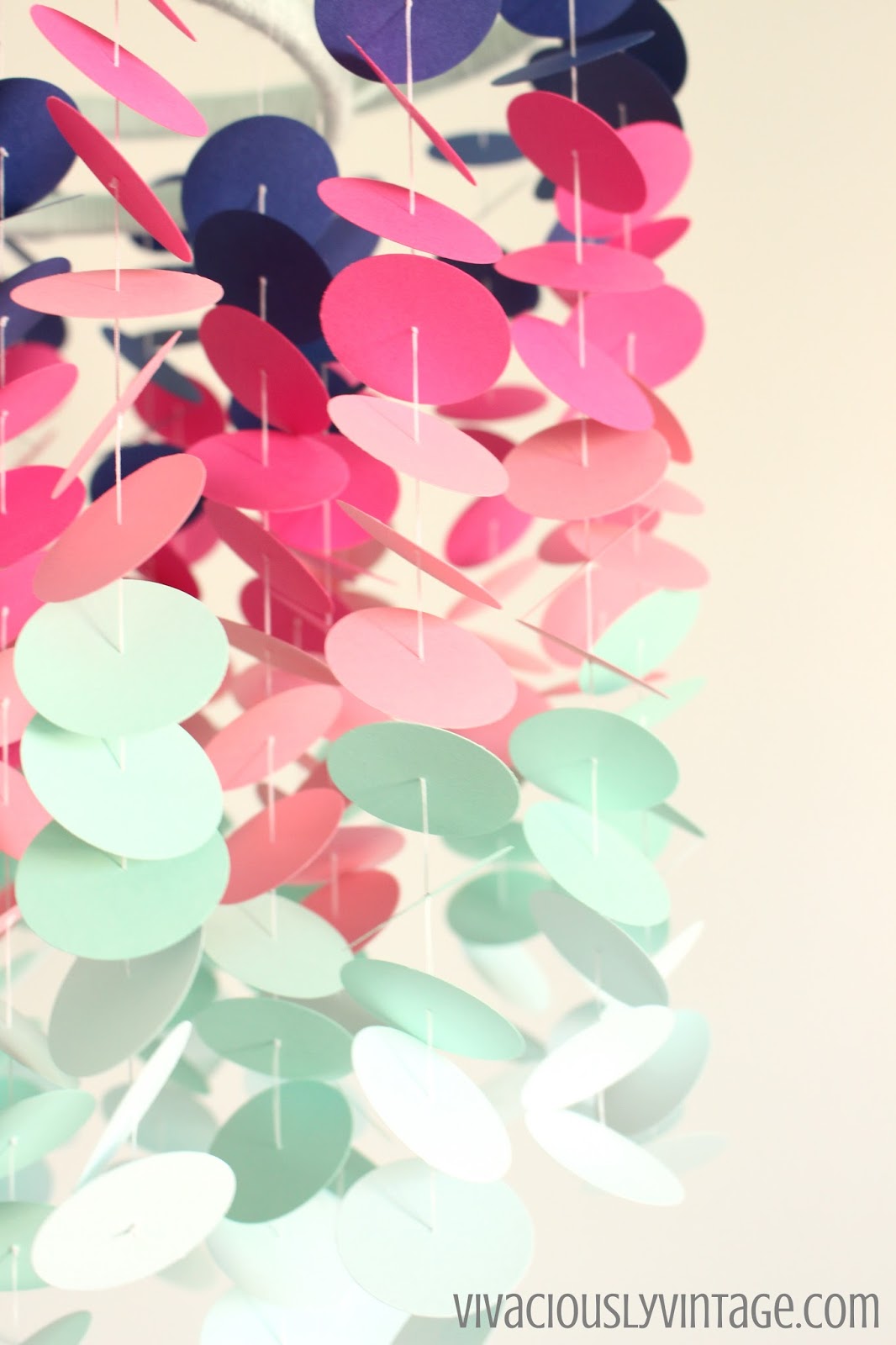 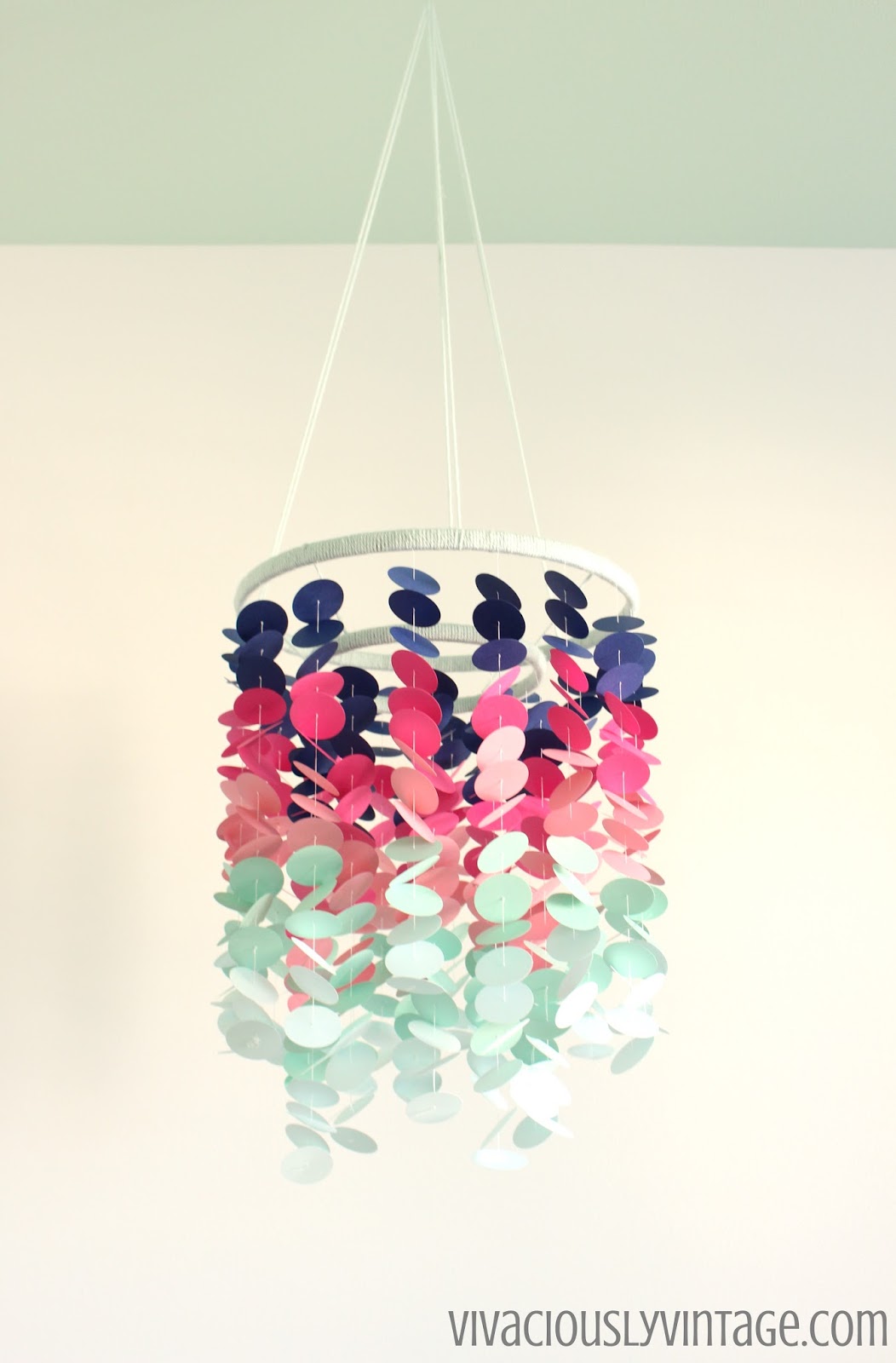 A friend of mine saw a sneak peek of this on my personal Facebook page. She mentioned that she saw the original tutorial on Pinterest and wanted to try it, but hadn't gotten up the nerve yet. Is this something y'all would be willing to try? If you have the time it's so worth it. They come out beautifully, and it's really affordable! I think this ran me less than $10. You can't buy a mobile this cute for that price! (if you can don't tell me, lol!) 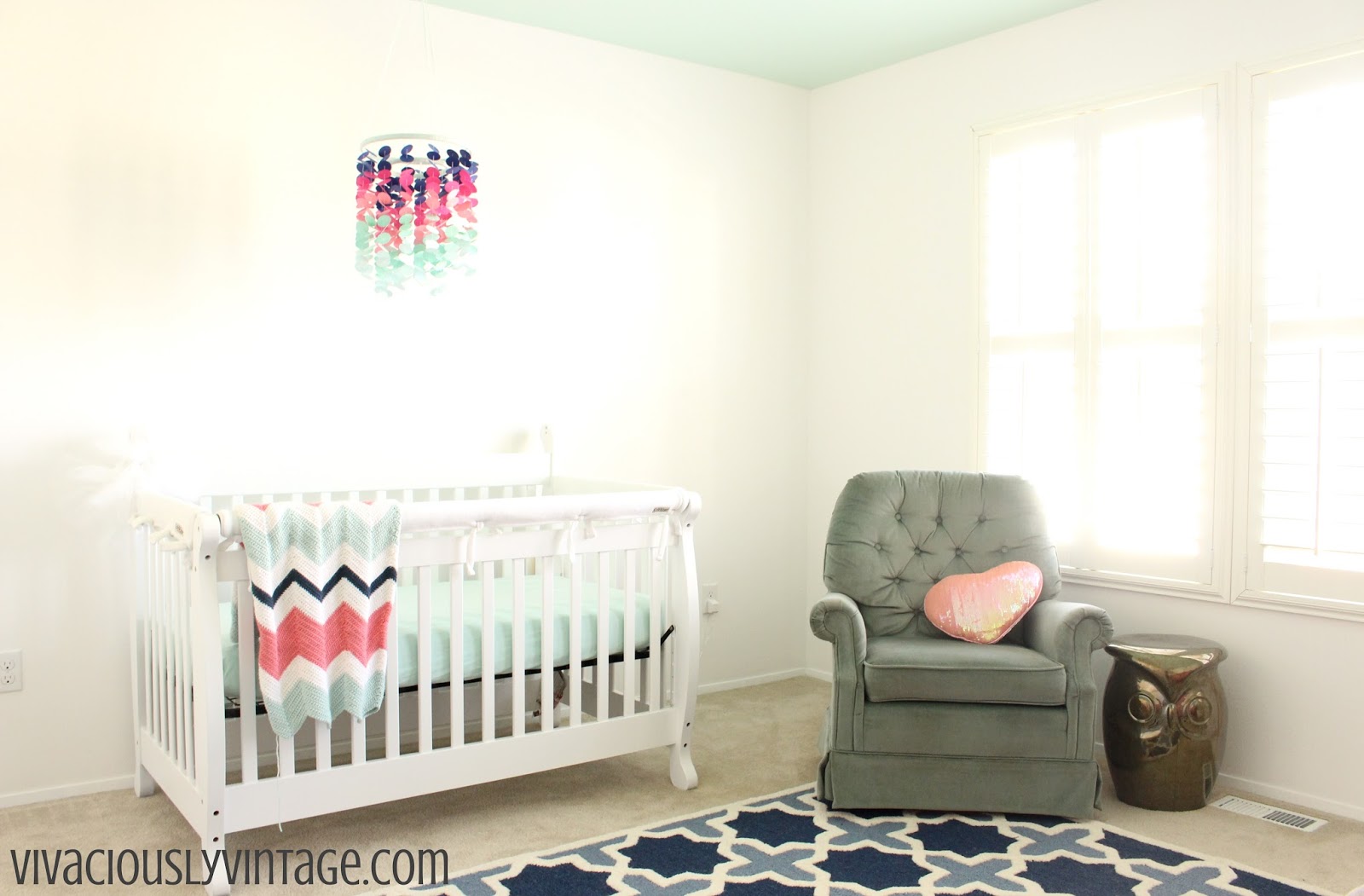 I'd wanted to DIY an ombre coral crib skirt. Something like this. But now seeing the multicolored blanket and mobile, I think it might be too much. Now I'm considering just plain white. Thoughts?