How to Remove Veneer without Any Special Tools!

This is my first time ever removing veneer from anything. I always steered away from pieces with chipped veneer because I didn't have a heat gun to aid in its removal. I was scared. I was afraid that it would be an awful undertaking and end up an unfinished waste of time! 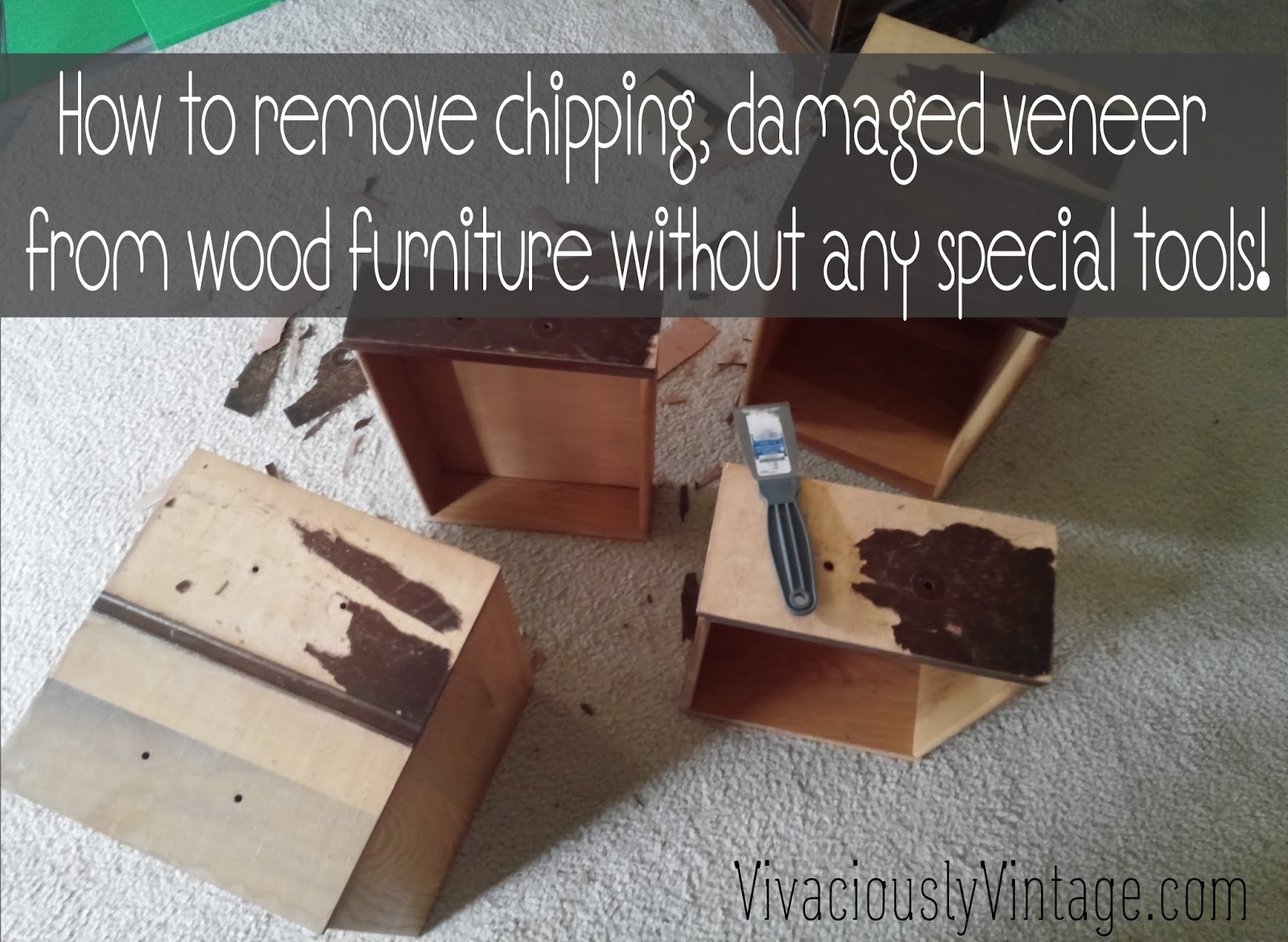 I purchased this desk at Goodwill for $35 as a temporary to permanent desk for myself. The one I was using was child size (but that's another story!) and it was so uncomfortable to sit at for any length of time! So, it sat like this in our office forever. Partly because I wasn't sure how I wanted to paint it - the leather top inserts were in such good shape, I hated the thought of painting over them! But mostly it was because of that chipping veneer... 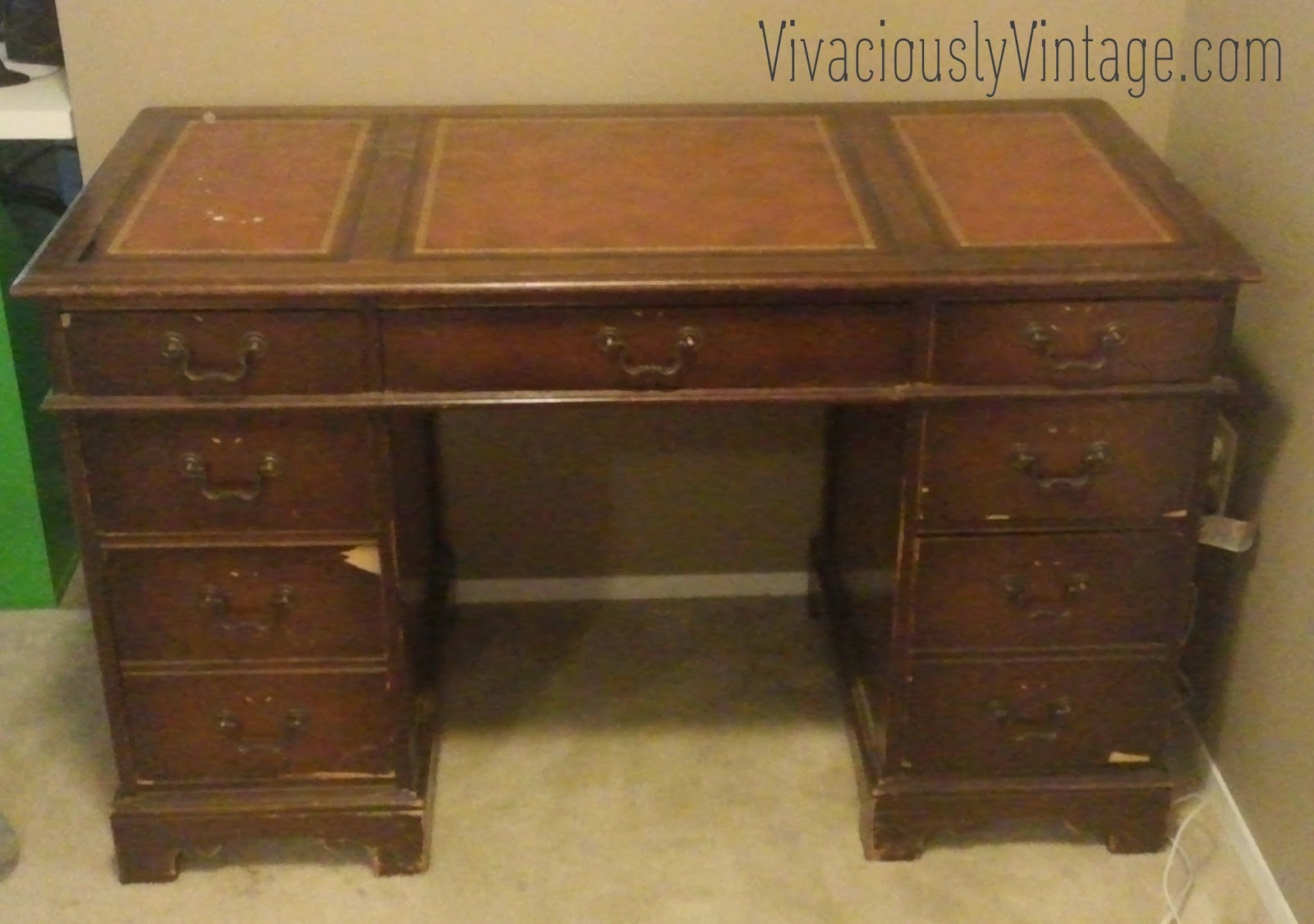 I even had this piece up for sale as is. However, after some interests that flaked out and coming to terms with a little hard work, AND figuring out the perfect way to paint it...I took the ad off craigslist and started with the veneer removal!

I'm not going to say it wasn't difficult. The first drawer was a big tease because the veneer came off so clean and easily - all in one sheet! The rest, well. They weren't as friendly! 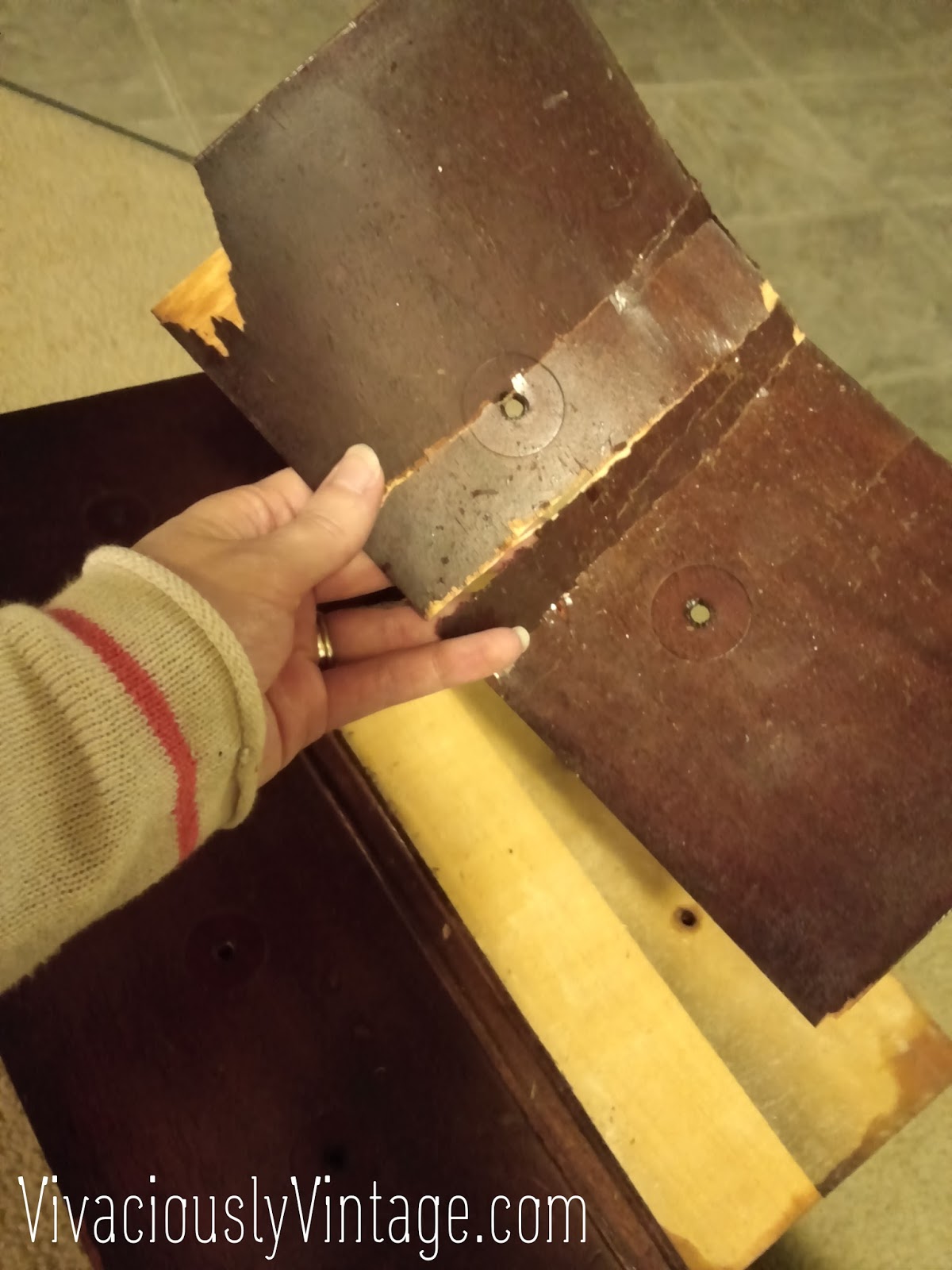 To remove the veneer, first wet a towel. I just used a regular bath towel. It needs to be wet, but not dripping wet. It is the moisture that's going to loosen the adhesive holding the veneer to the wood. I was careful not to let the sides touch the actual wood on the desk because you don't want that getting warped from the moisture! Let the towels sit for about 30 minutes. Go do some laundry, clean, eat bon bons - whatever! lol

If I were to do it again, I would leave the towel for a lot longer (about 2 hours?) in hopes of easier removal without having to scrape, reapply the towel, etc. 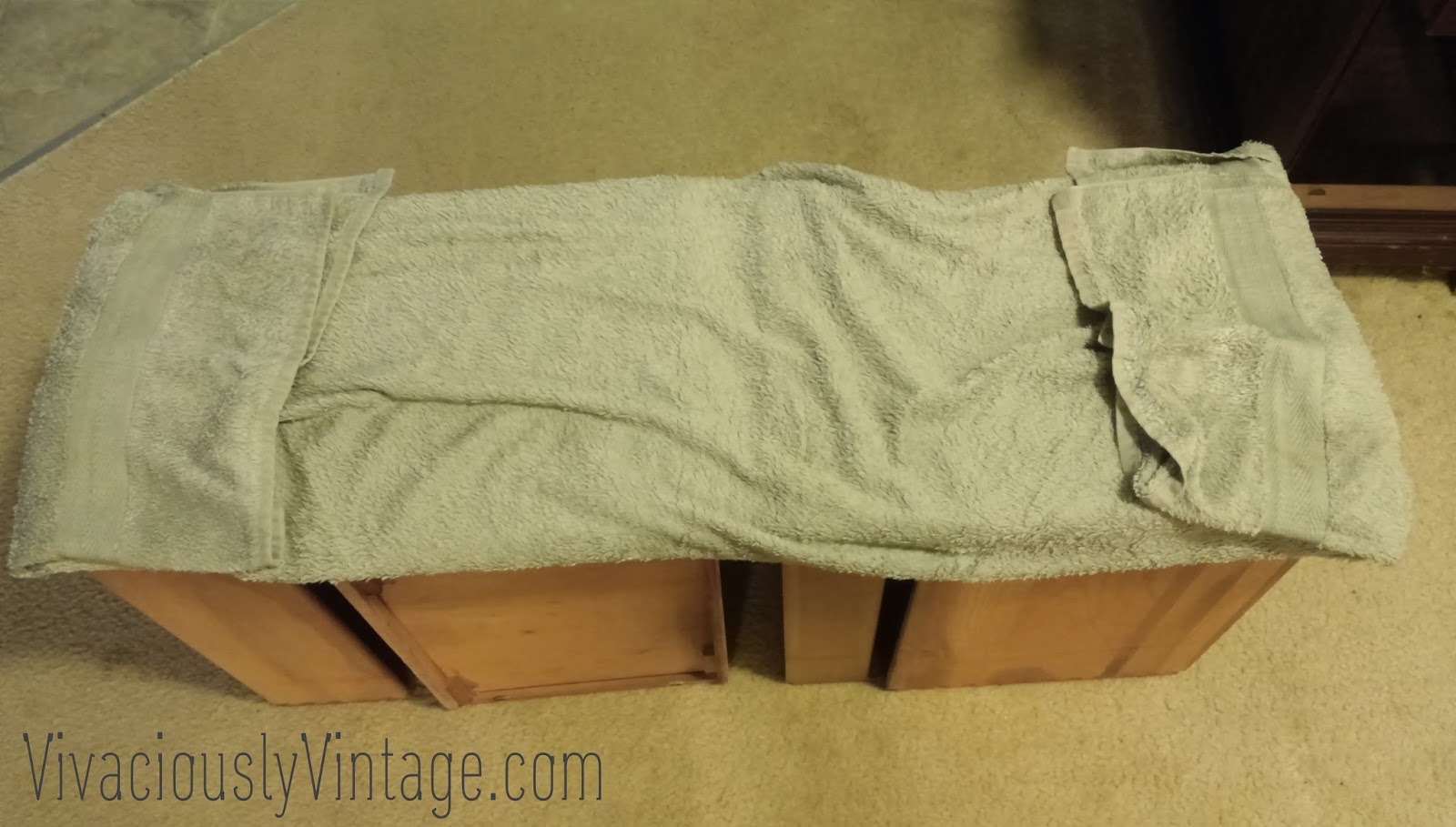 After the towels have sat for a while, start removing the veneer with a paint scraper. I found it worked best to wiggle it into the veneer once it was under the surface. Don't just start chipping it off once you're able to get the scraper underneath. Otherwise, it's a lot more work! 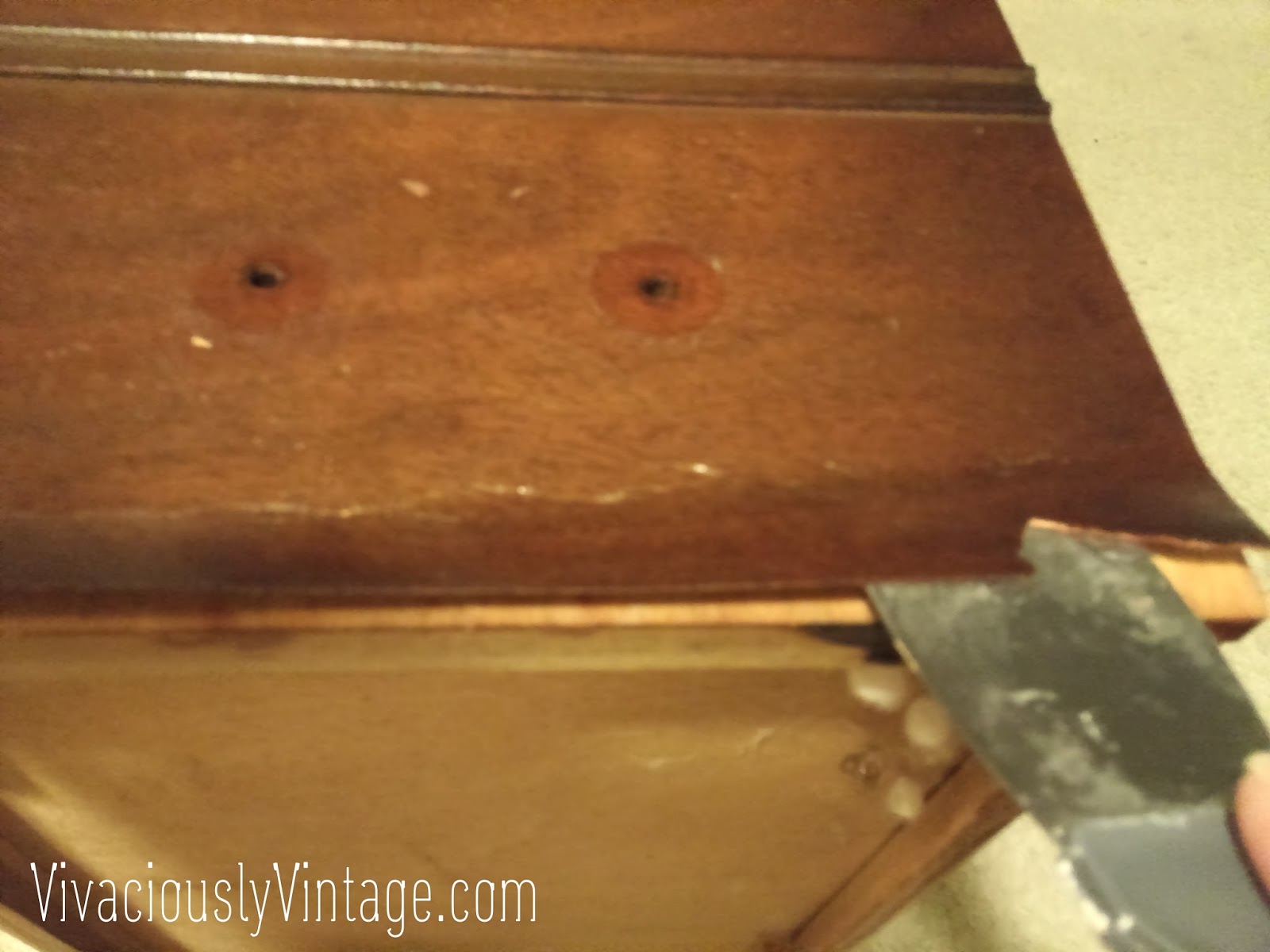 This is what it looked like once I had removed all of the veneer that came off readily. 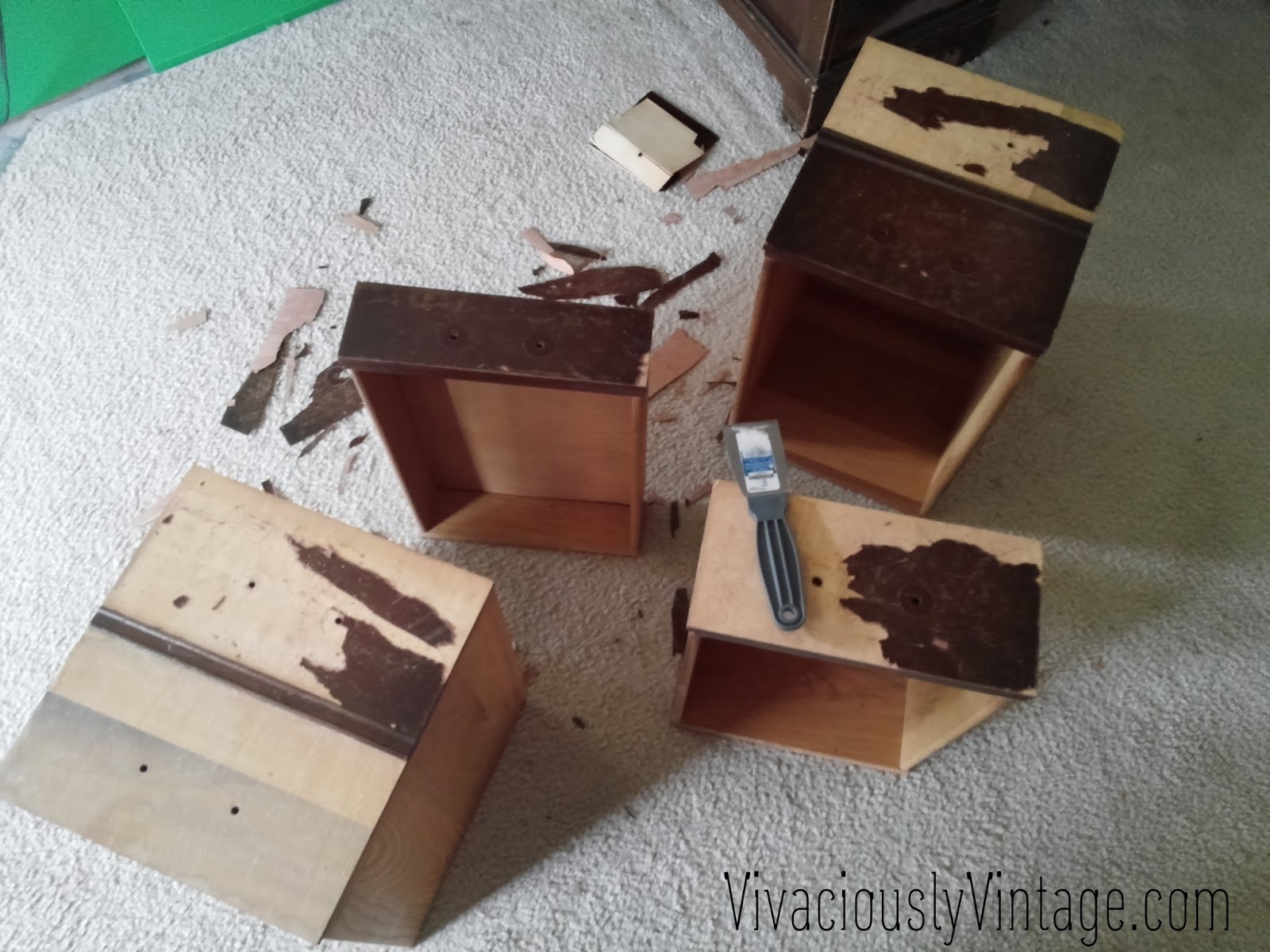 For the remaining pieces, I just had to keep reapplying the damp towel and scraping off the veneer. It was a bit of a headache. Do yourself a favor and wear gloves of some sort from the beginning. Don't wait until after 2 broken nails, one giant splinter, and 4 cuts on your hands before you put them on!

BEHOLD! The chipping veneer is GONE! I didn't remove the veneer from every drawer; I didn't think it was necessary. I only scraped it off of the drawers where it was actually chipping off. The others only had a nick where the drawer handle would bang, so I just filled that with some wood filler and called it a day! 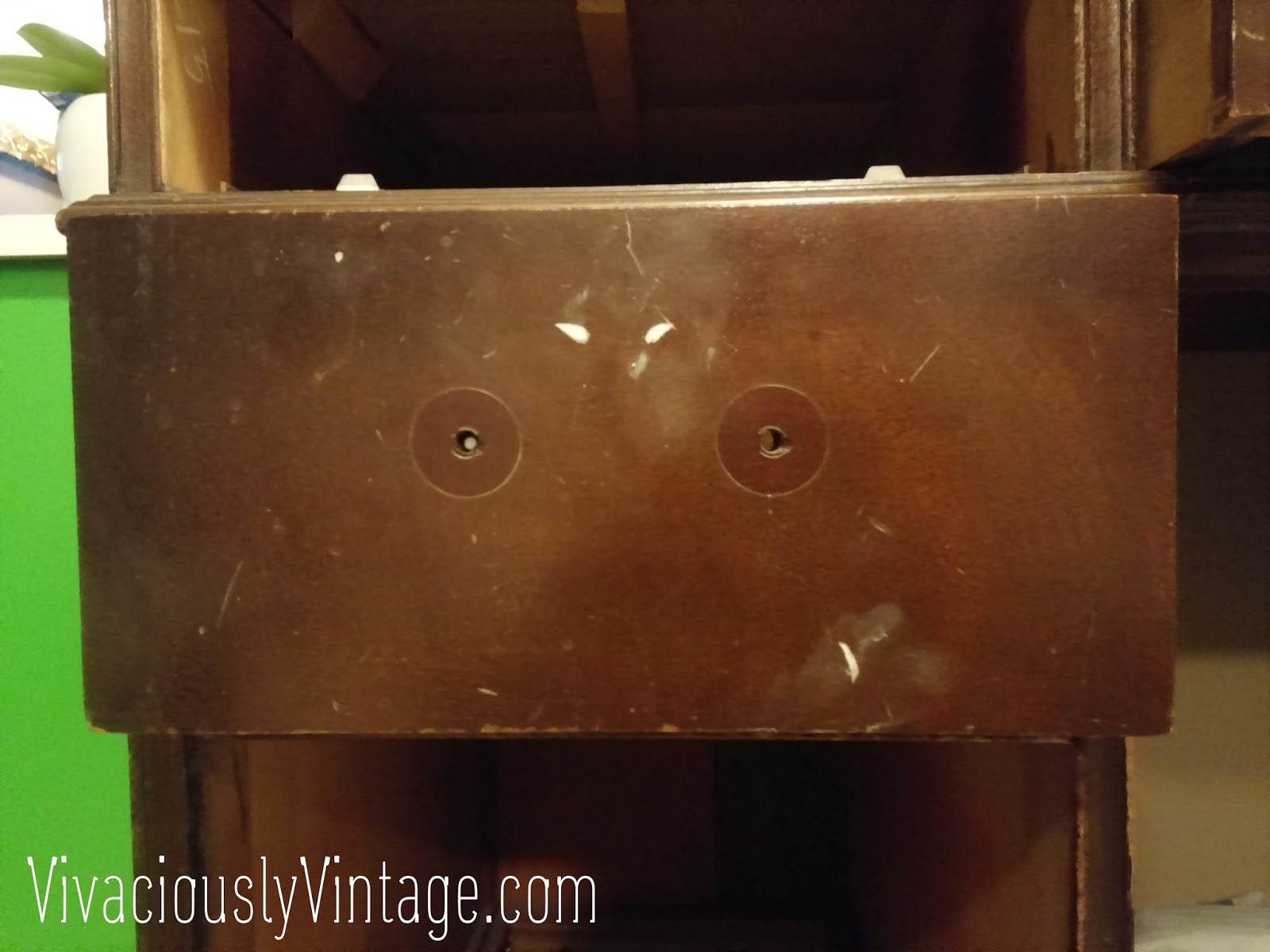 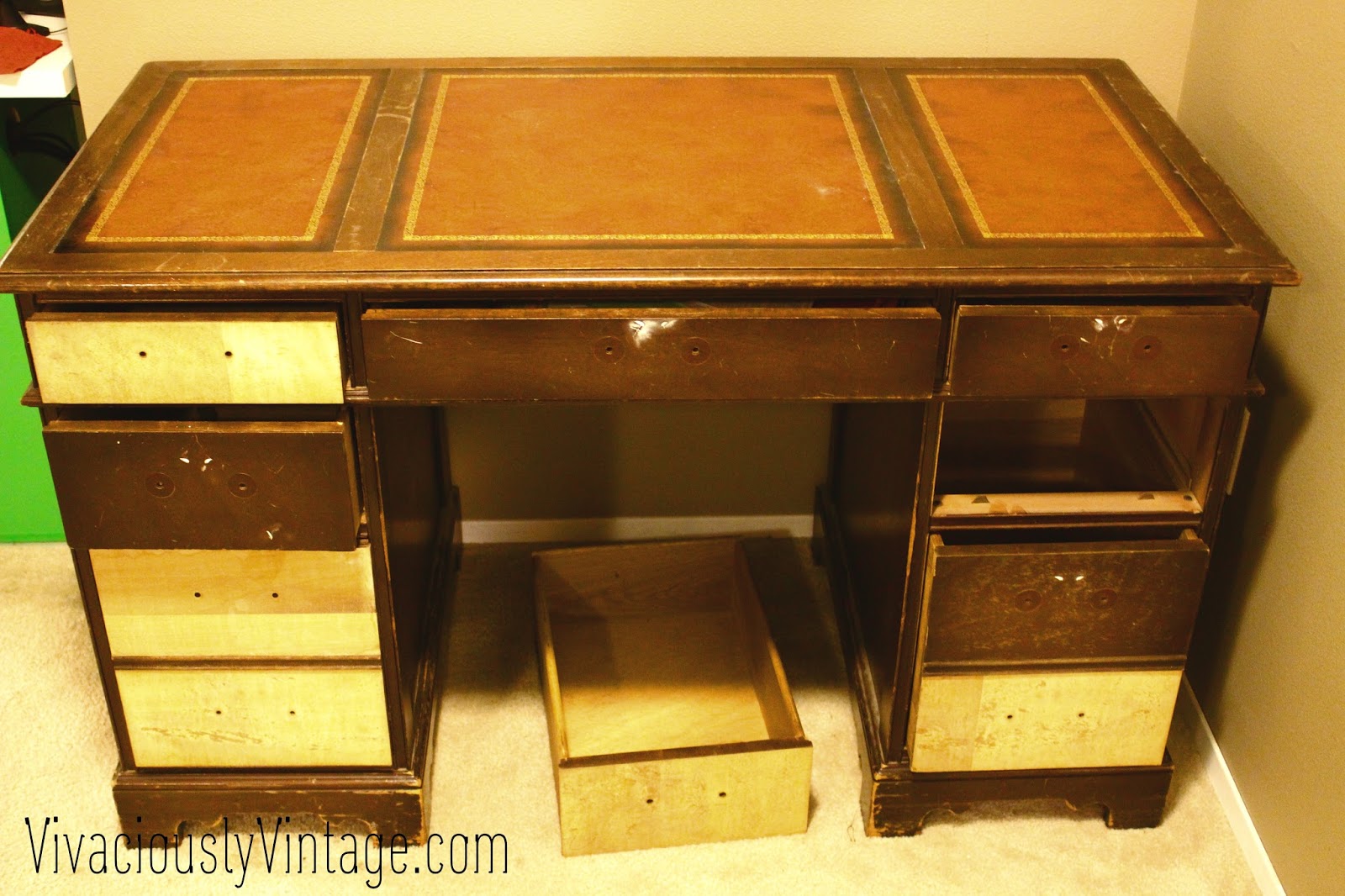 I'm glad I did it and overcame my fear of removing veneer! This desk is waiting in the wings for a makeover. Right now I'm working on a mid-century dresser to sell...then another one I got for free that I'm going to put in Ethan's room...then a highchair! And I've set the goal of completely finishing Reagan's nursery before the end of the month! Oy vey!
Email ThisBlogThis!Share to TwitterShare to FacebookShare to Pinterest
Newer Post Older Post Home