Minus a Bed, Plus an IKEA Entertainment Center!

I started redecorating Ethan's bedroom at the beginning of the year. So far, all we got done was paint and new bedding. Everything else was sort of on hold while I tried to sell his bunk beds. He didn't want them anymore, I was done with how they overwhelmed the room.

Enter road block Hubby. ;) He didn't see why I needed to sell them when there was nothing wrong with them. I reminded him there was nothing wrong with his video card and sound card, but he still spent more than what the bunk beds cost on new ones! Yet, he won the battle. Mainly because I was tired of people flaking out on purchasing the beds. I wanted them out. I wanted the room open.

So, we took off the top bed! 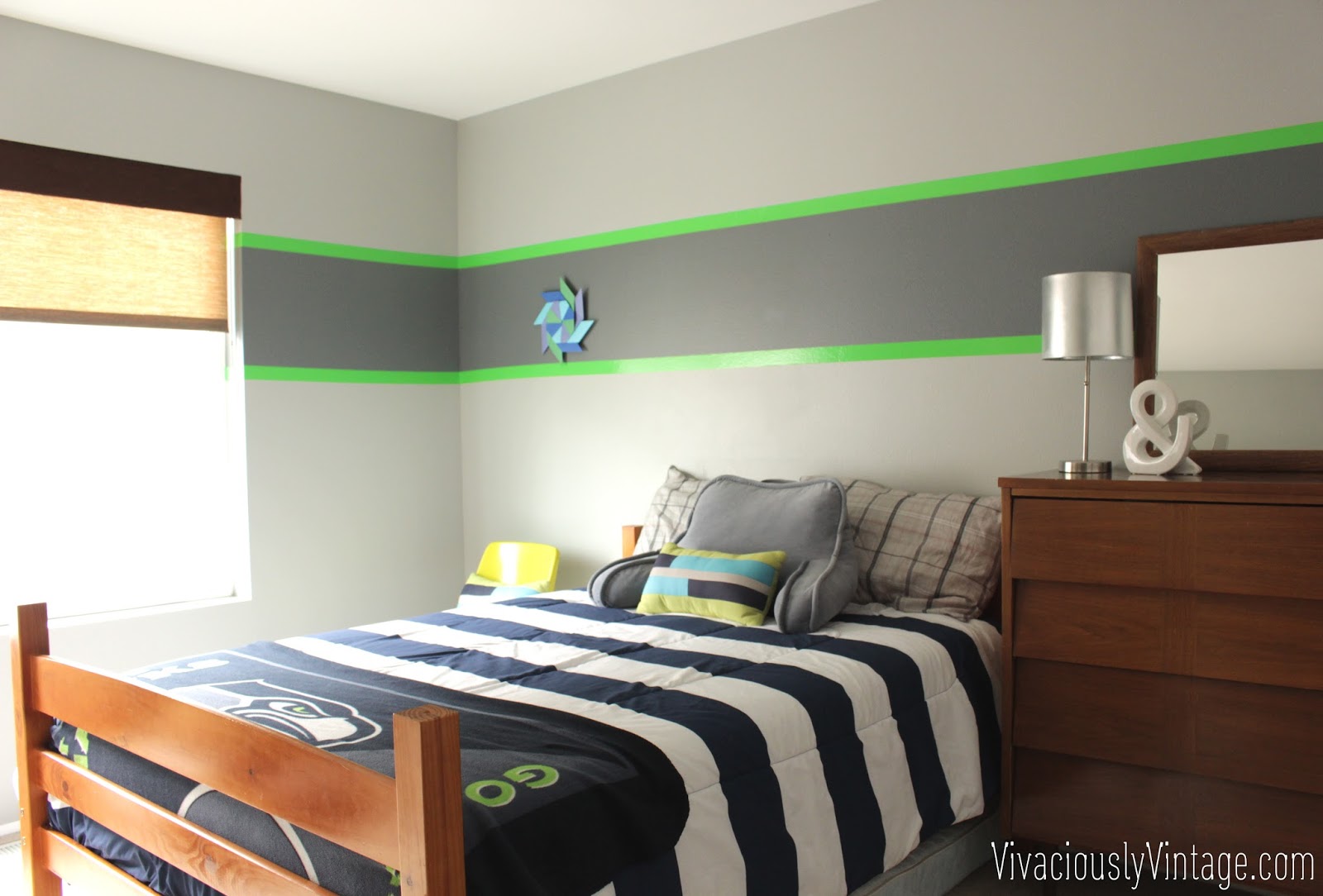 Here's a reminder of how it was. The pictures truly don't allow you to appreciate how substantially LARGE that bed was... 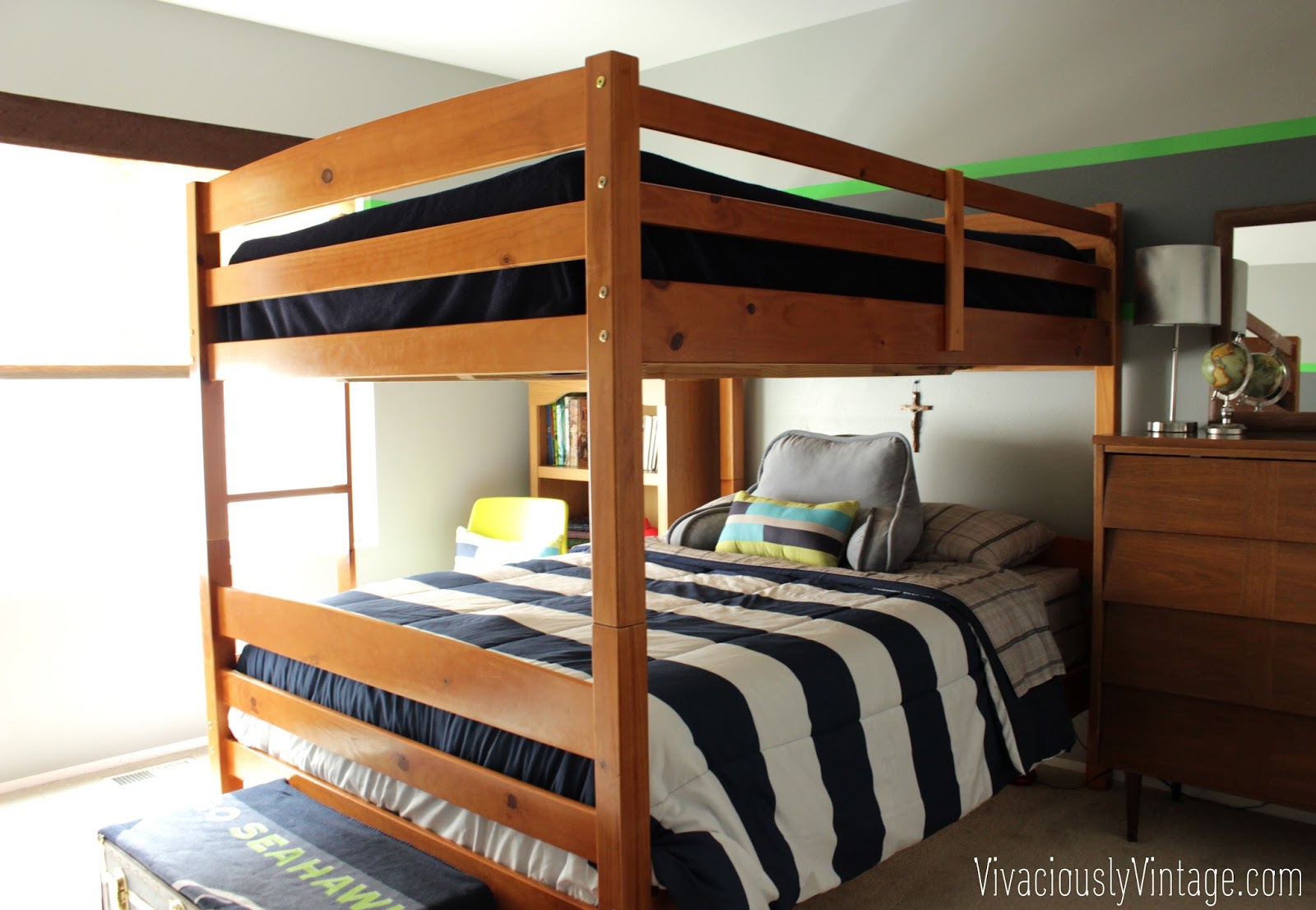 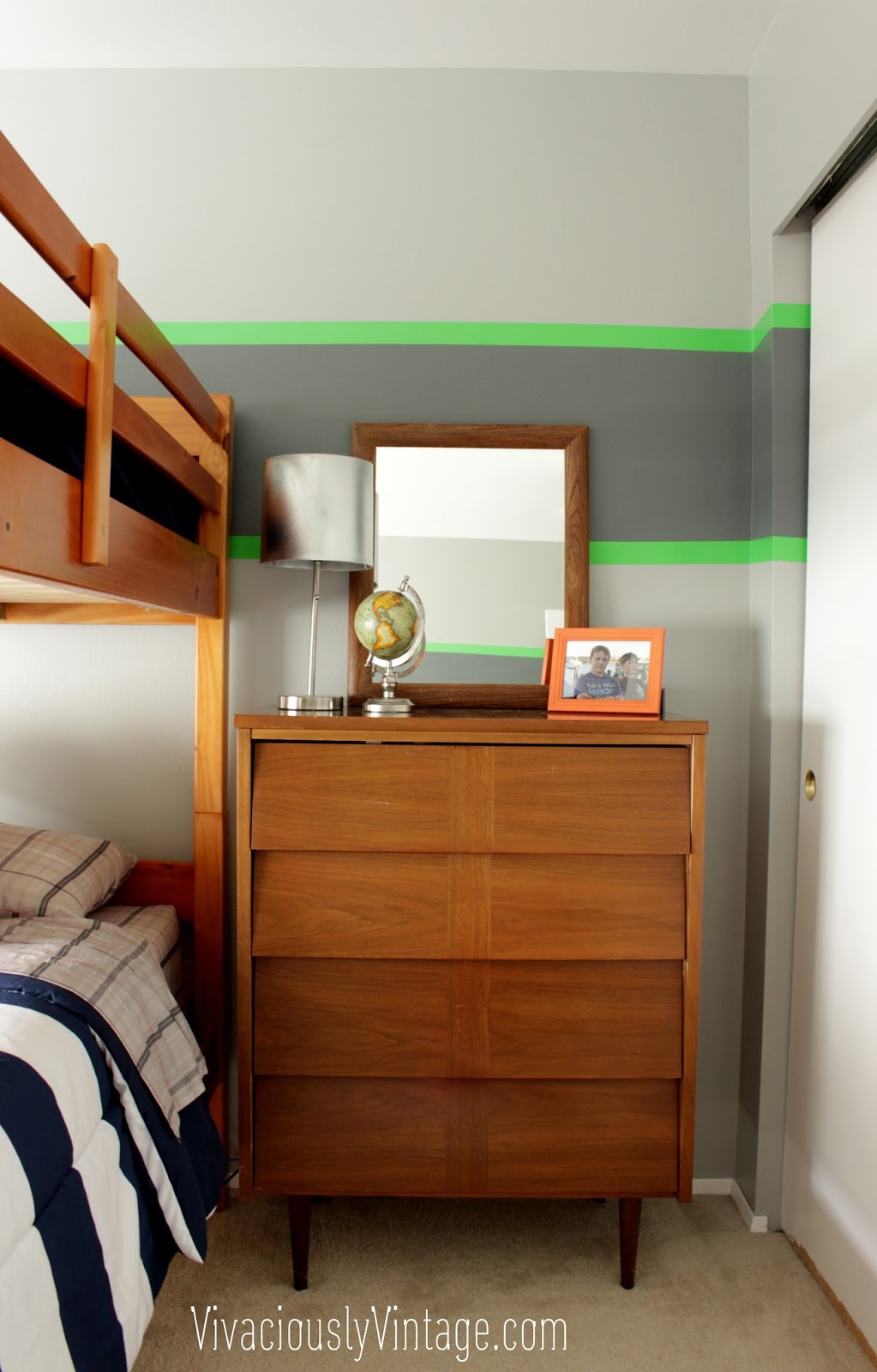 Now! ...the lighting is so different. It was cloudy today when I shot the image below! 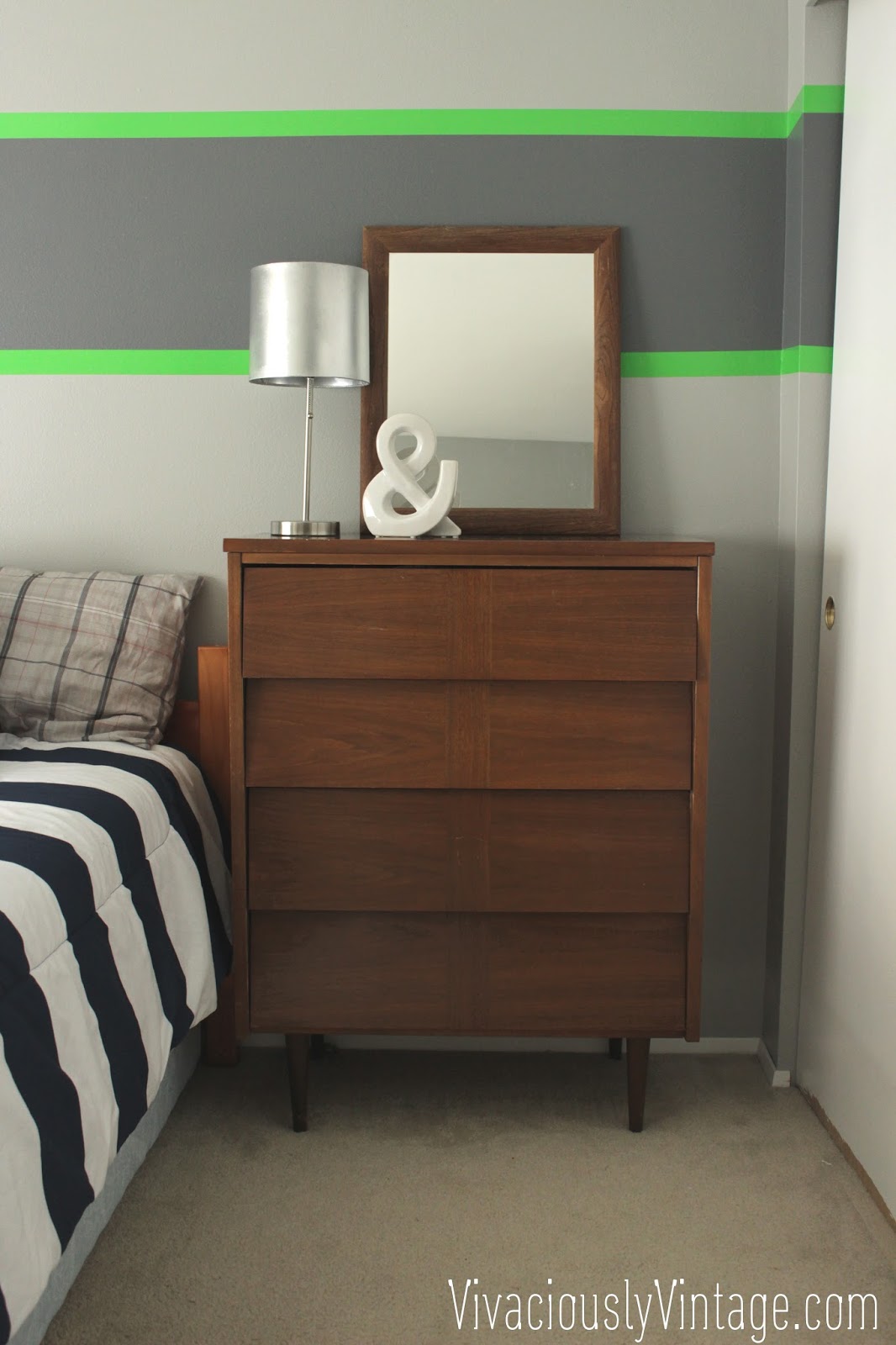 It's this style, but has additional cabinets. I am a bit disappointed that it's more of a soft off white rather than a crisp bright shade like below. Maybe I'll try bleach. 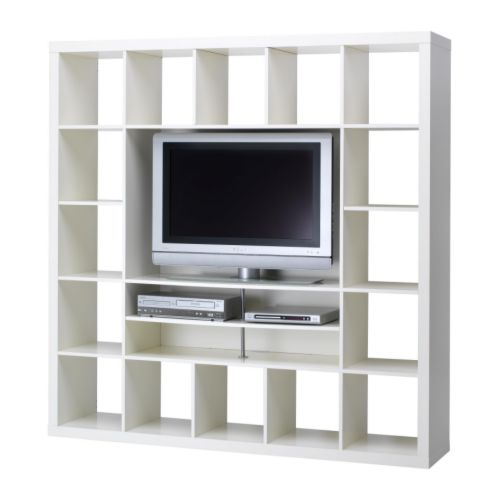 The view from his bed. I swear this kid has the good life! ;) 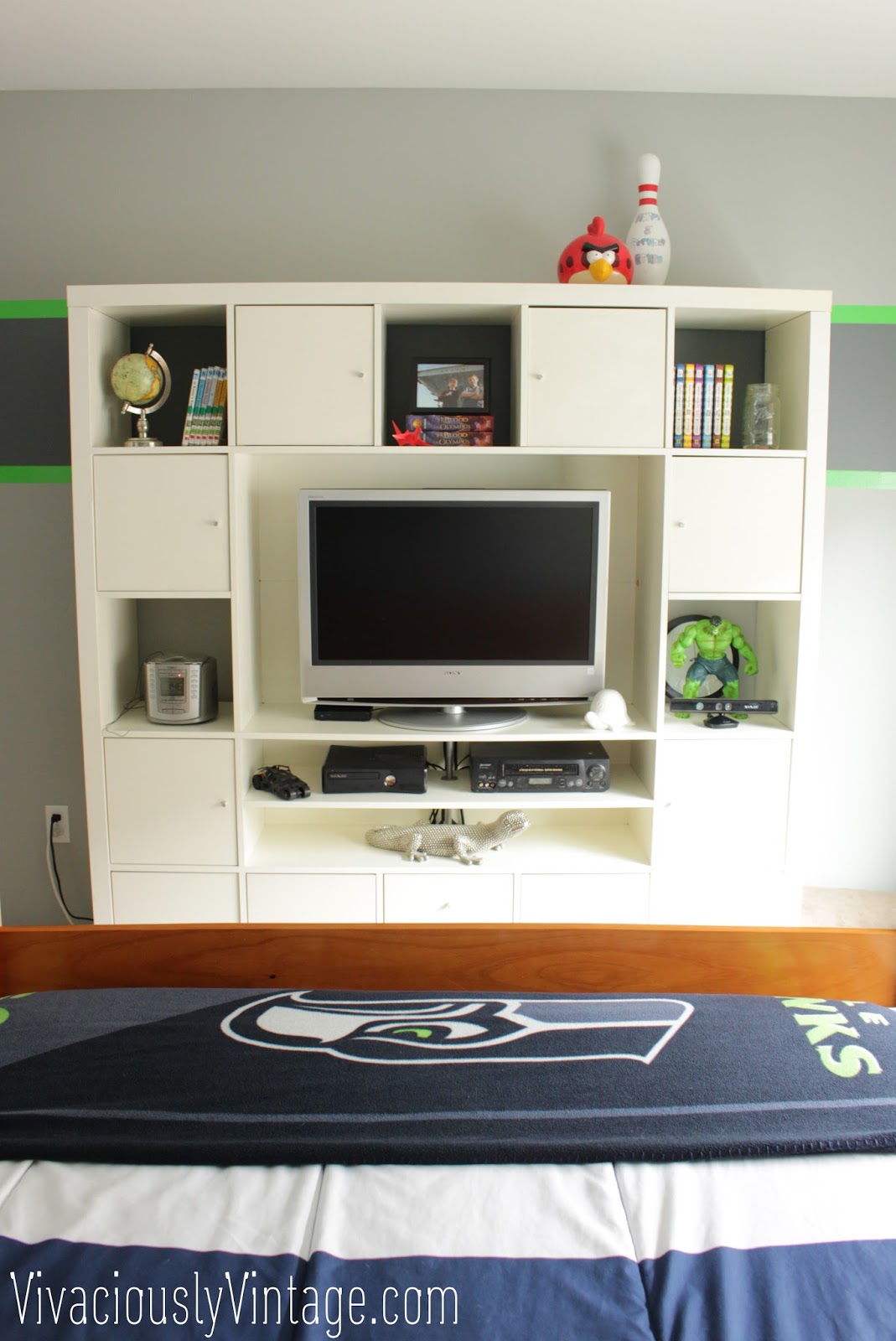 His room feels so much bigger now! I love hanging out with him on the bed, I never did before because crawling under the top bunk was such a pain. We purchased him a memory foam mattress a while back (so jealous), and it is much taller than the one that came with the bed...so there was a lot less room under the bunk!

Scrappy also approves of my changes. His dog bed fits perfectly in the corner! 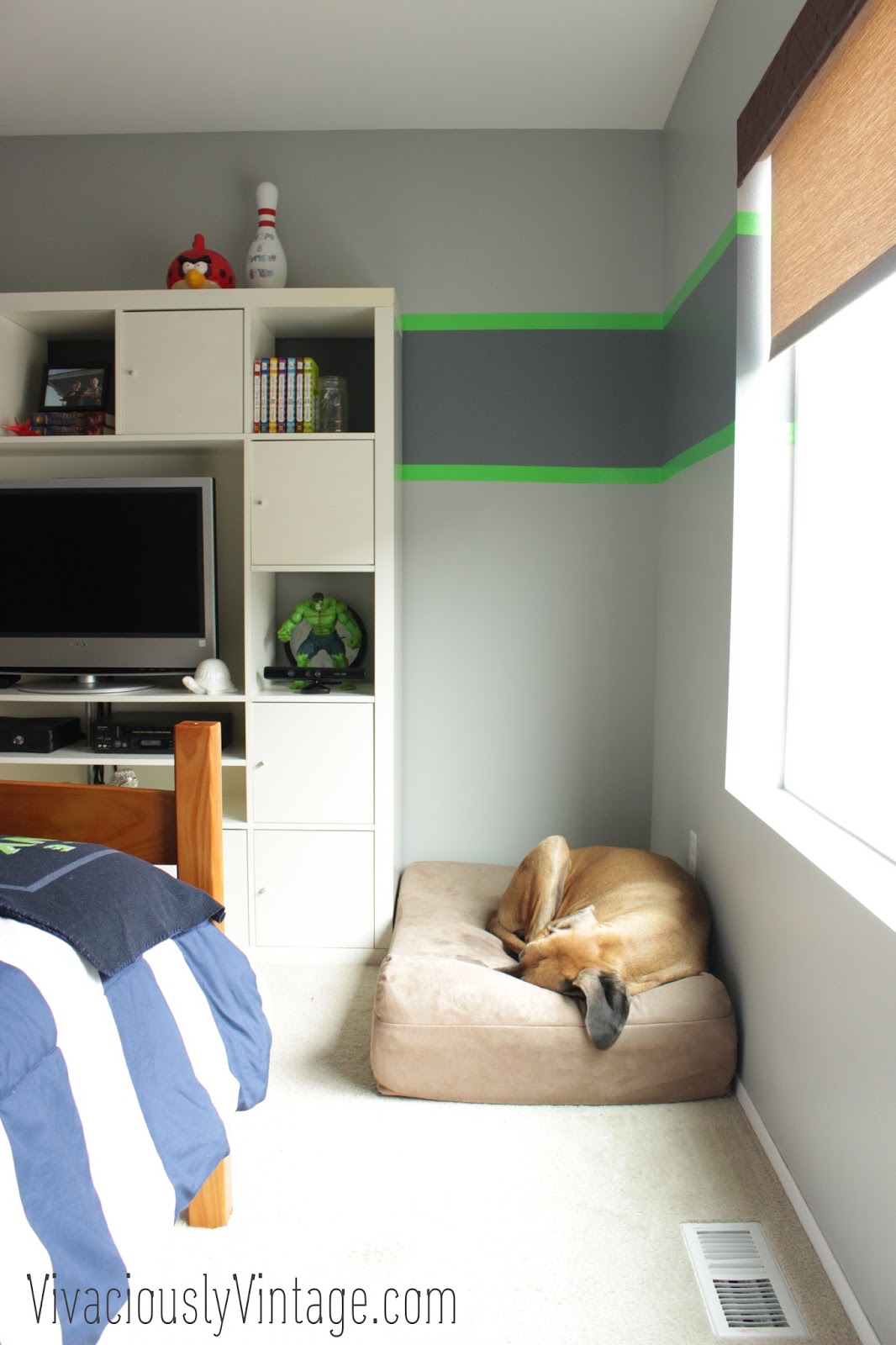 I think the best part is being able to appreciate the paint job we worked so hard on! Before the bed covered such a large portion of it! 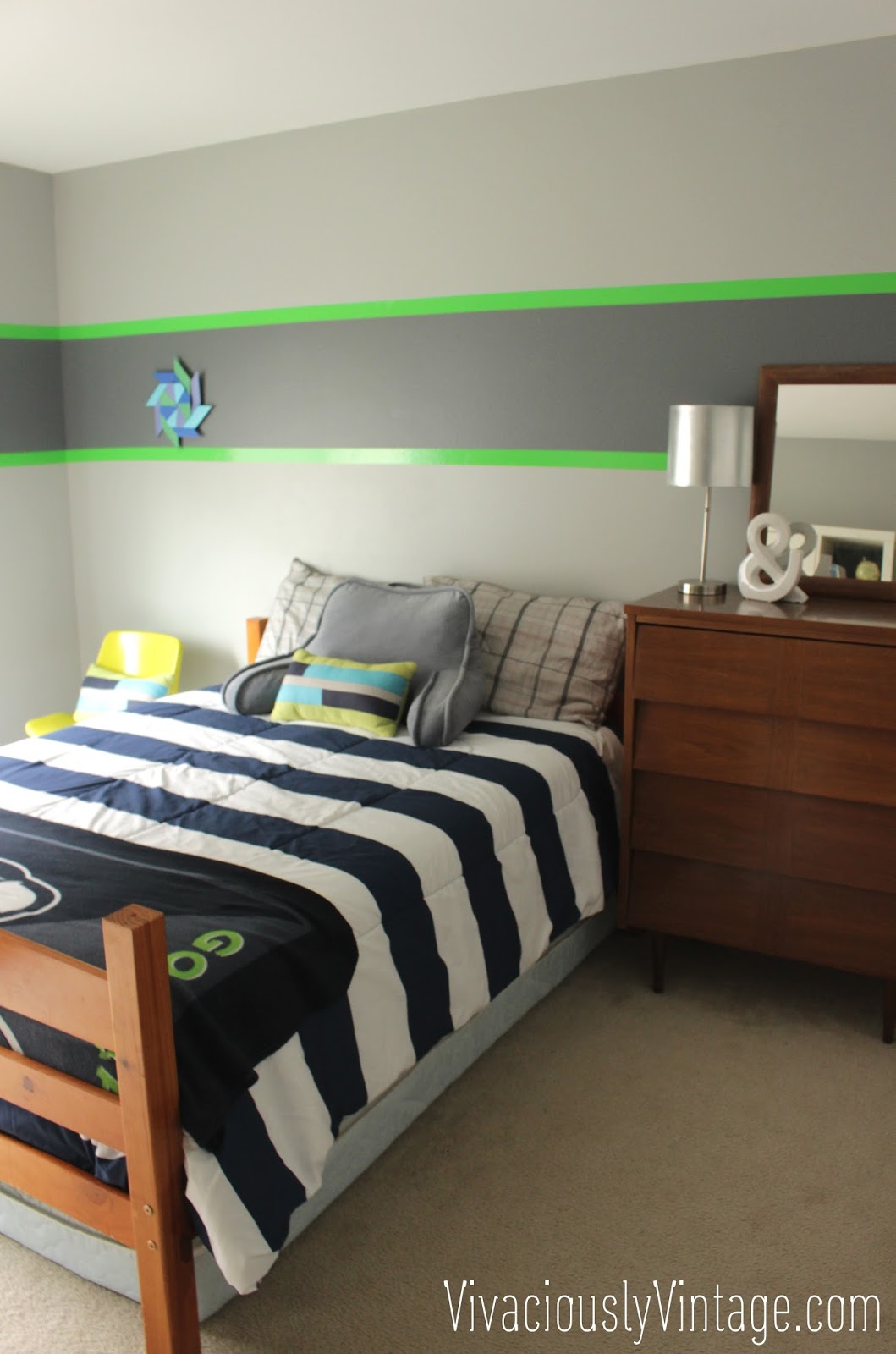 We're both happier without the top bed. I guess it just goes to show you, sometimes less is more! :)
Email ThisBlogThis!Share to TwitterShare to FacebookShare to Pinterest
Newer Post Older Post Home