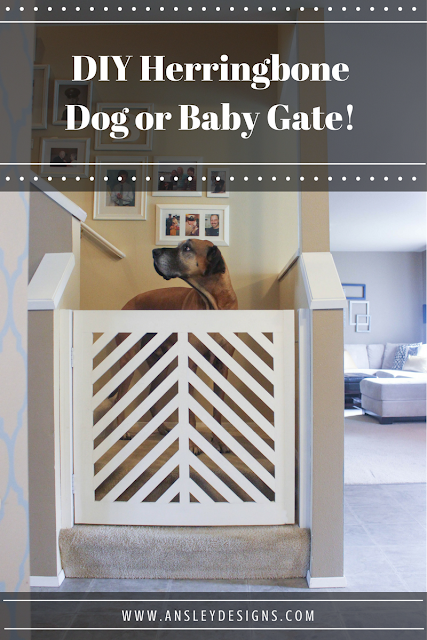 We needed a baby gate for the longest time...I had been using a bench that I'd just place at the foot of the stairs. Well the time finally came (maybe a year ago? lol) that Reagan started climbing onto the bench. Yeah, that wasn't going to work anymore.

Well spoiled little me didn't want to go and buy one of those ugly baby gates...which is why it took so long for me to get a proper one. This gate cost us a ton. The wood was expensive, plus we bought this compound miter saw

so I could make the cuts! Don't worry, I plan to use the saw again one day! :) 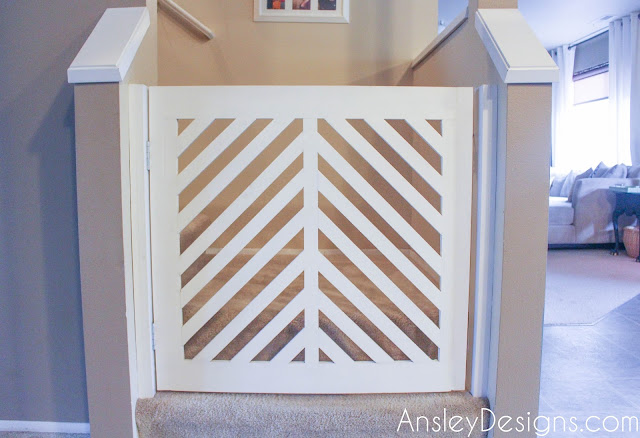 I plan to make a tutorial for this gate at some point. I didn't prioritize getting step by step pictures because I planned to build a second gate for the top of the stairs. At the time, it'd gotten to the point where we really needed a gate to keep our little off the stairs. I can't tell you how many times I walked by and that little thing had crawled halfway up the stairs!!! 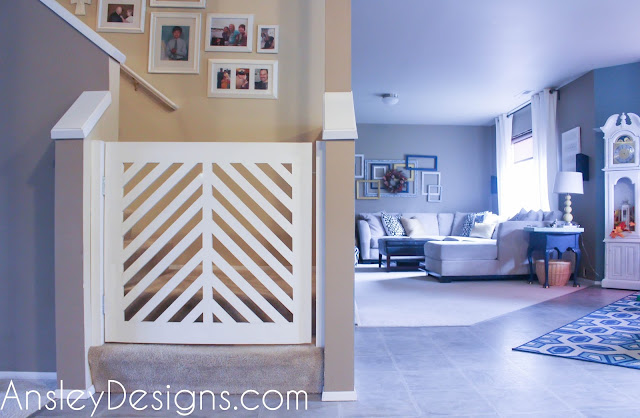 Here we are a year later, and I'm just now making a post about this...and still no gate for the upstairs. At this point it's just a luxury to have a second one. I find myself wishing for one when I'm trying to do laundry because she is NOT happy being left downstairs or in her bedroom with the door shut. It's pretty difficult to sort though a load while trying to keep her away from the stairs.

The gate has held up really well for it being my first ever building project! Reagan likes to unleash her fury on the gate by shaking it to death when I leave her downstairs...haha! I used a gate latch

and simple hinges to attach it to the wood pieces. I opted for the gate latch because it's super quick to open and will shut on it's own if you just push the gate closed. I'm all about convenience. ;) 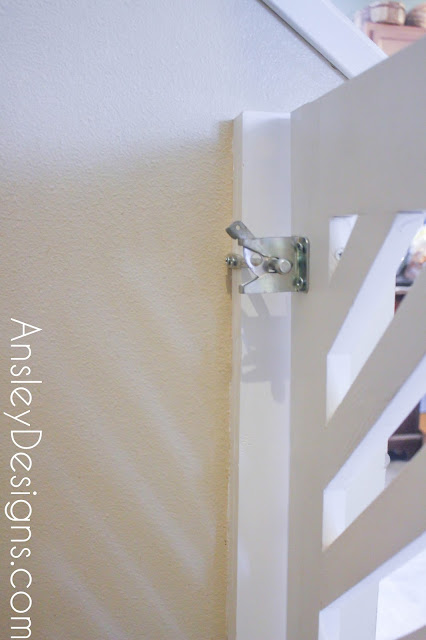 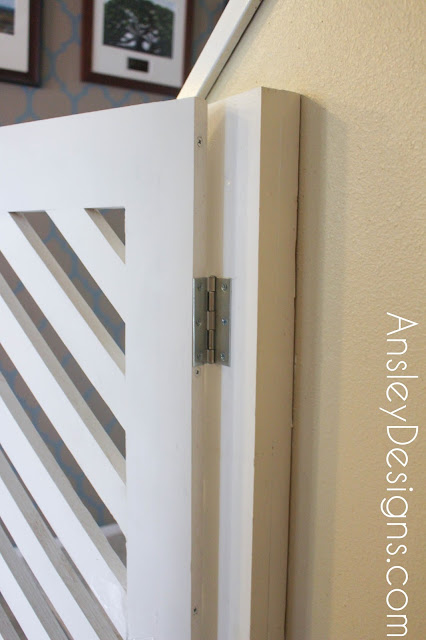 We usually keep Scrappy upstairs. He's old and just likes to sleep on his bed for the most part (which is upstairs in Ethan's room). Unfortunately, he's big and not very careful, and has knocked Reagan down on more than one occasion. So, this not only keeps my lady off the stairs, but it keeps him at bay when we don't want him downstairs. Poor thing. ;) 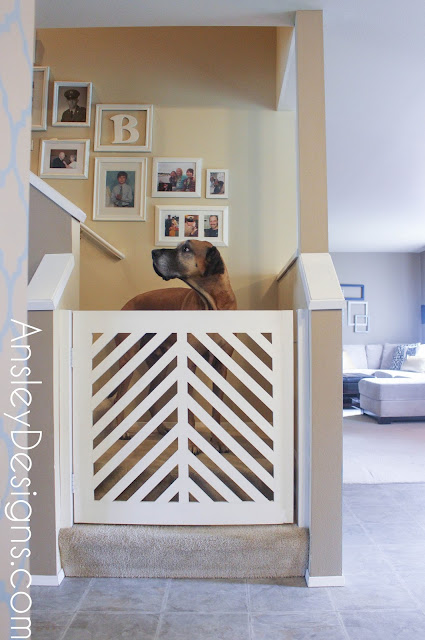 This was a difficult project for me. Mainly because I was figuring it out as I went along with my non existent building skills...there was almost NO measuring involved...haha However, that won't deter me from building another one when the time comes! 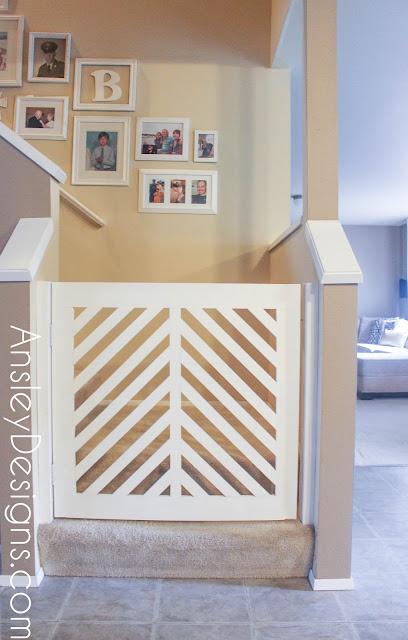