I e-stalked this hutch for a few weeks. 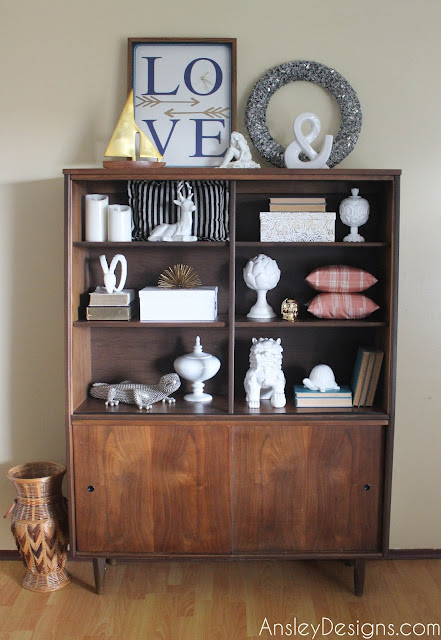 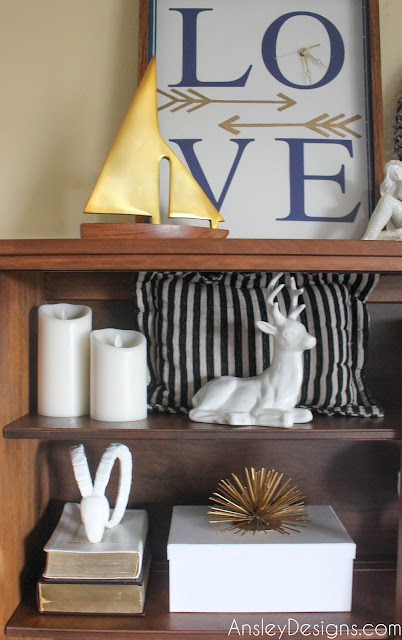 It was reposted and appeared at the top of the facebook marketplace. Listed for $75. It dawned on me that it'd make an awesome bookcase! It was no longer forced into a life of servitude in the dining room! IT'S A SIGN! So, I convinced my ex to drive an hour & a half to pick it up. I ended up paying $65 for the piece and gave him $5 in gas.

Initially I thought I'd paint it a 2 tone style, like this dresser and this one. White and the natural brown wood. Yet, when I saw it in person it was in such good condition I decided not to touch it! It. Is. Fabulous!

I've always had dreams of beautifully styled bookcases. A place to house all of the many pretties that I collect at Ross and Goodwill. It's just never happened. There was always a more practical piece. Or I just never found THE shelves. Until now. 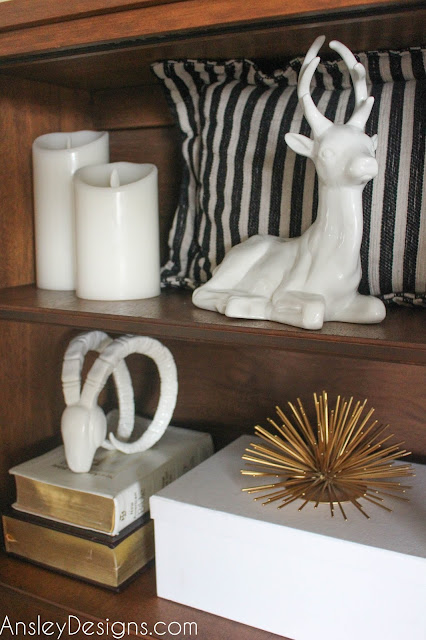 I mentioned in my living room reveal that the back wall would always be in flux, serving as a storage spot for my sell pieces. Well no more, friend! This mid-century modern bookcase is a keeper!

On to the negative. This baby is wobbly. Not like it's messed up, just top heavy I suppose. Even with nothing on the shelves, you just TOUCH it and it wiggles. I'm kind of terrified with Reagan running around. She's been remarkably uninterested in the bookcase and the goodies on the shelves. Literally has paid it zero attention.

Still it makes me anxious; so, I'm heading out today to get some of the child proof wall anchors for this baby. Now that's commitment! 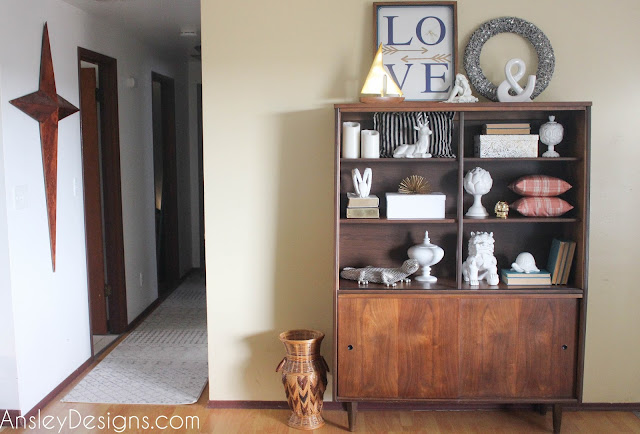 What do you think? Have you scored any delicious furniture lately?!