Okay okay, you caught me! It's actually a sewing table, but who uses those anymore?

Me. The answer is me. Not that I really sew... lol 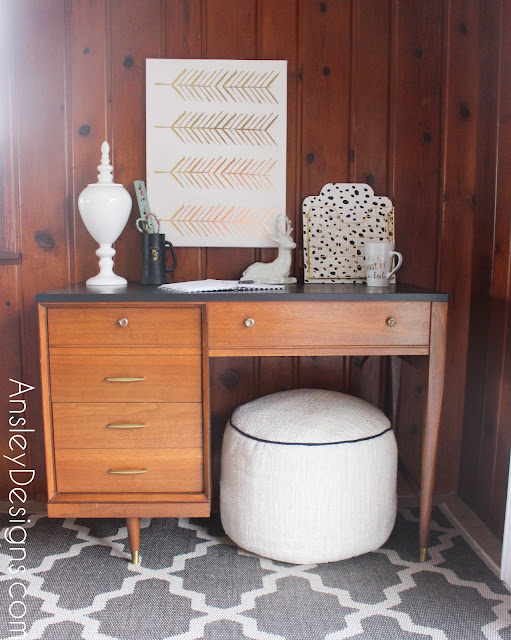 My last vintage sewing table had a completely different look. I revamped that baby before I even knew what mid-century modern was. What I did to that piece semi makes me cringe now! I digress...

My current home is sorely missing a garage. So, I'm left wanting for furniture storage space. Initially I was just going to sell it as is for $60 just to have it gone. Then I decided that it wouldn't take much time to paint just the top, and the profit difference would be worth it. 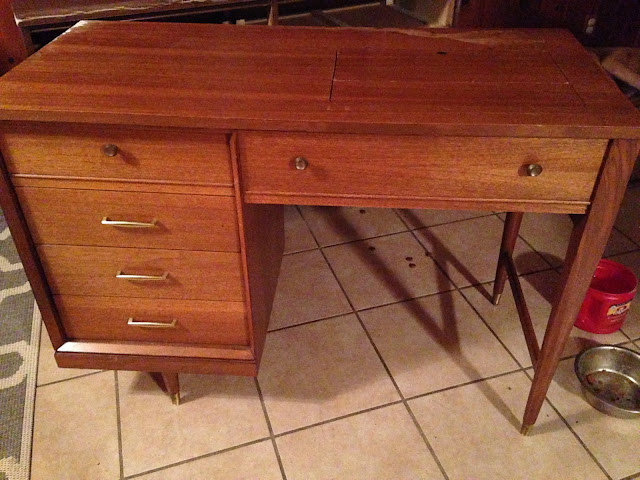 This little desk was in decent shape except for the top. The back right has some water damage (?) and the left side had some pretty hefty cuts. I used some wood filler to try and camouflage the cut damage as best as possible. It was difficult because the damage was on the edge, so I almost needed to make a new side. ha.

Initially I thought I'd stick with my tried and true white and brown color combo. However, after seeing it primed I thought it was too stark a contrast with ONLY the top painted! 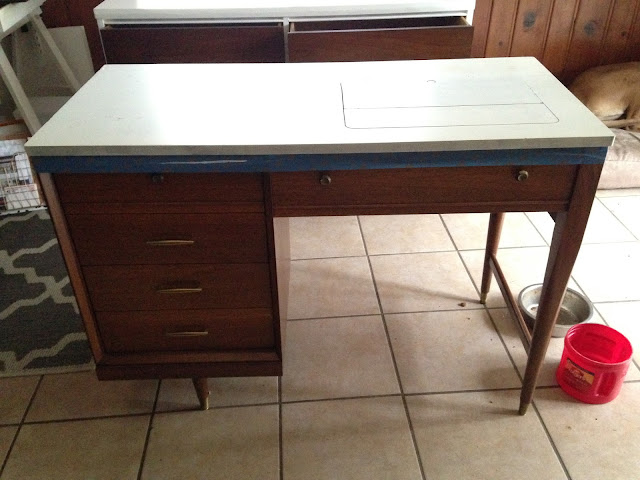 Rather than make it more complicated by painting more parts of the desk, I just went with black.What a great decision! And look how the sewing machine compartment lines virtually disappear with the black top! 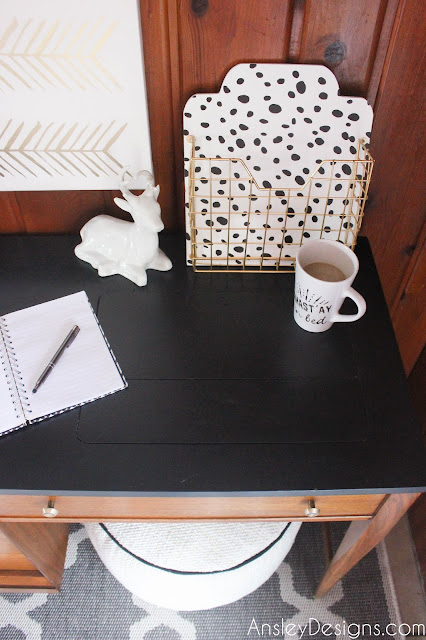 This piece sold for $150 in just a couple days! I'd had it listed unpainted for several weeks and no one was interested! The black top not only covered up the damage, but helps camouflage the opening. It looked more like a solid desk top! 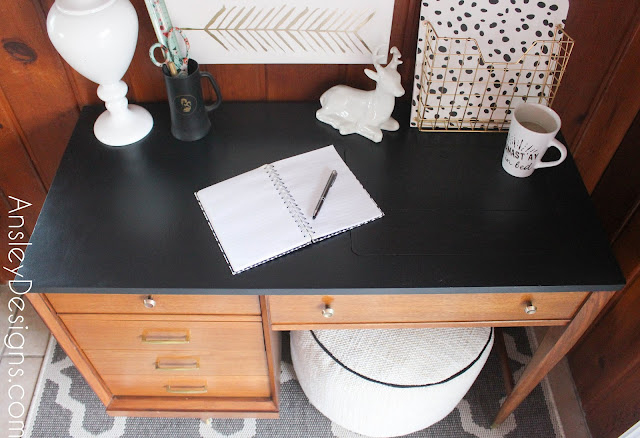 I marketed it as a sewing table, but also a kids desk. I mean, how cool would it be for a child to have the "hidden compartment" in the top of the desk! 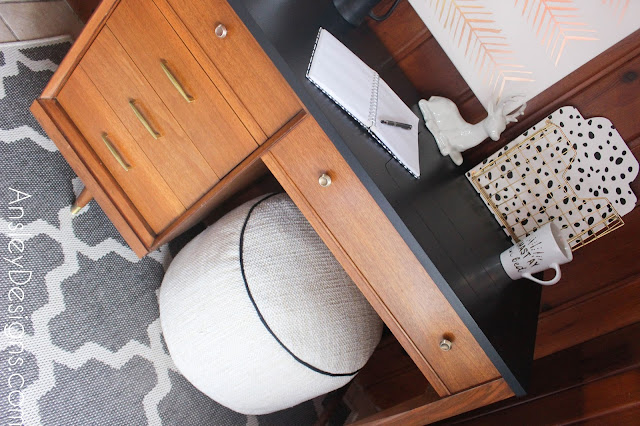 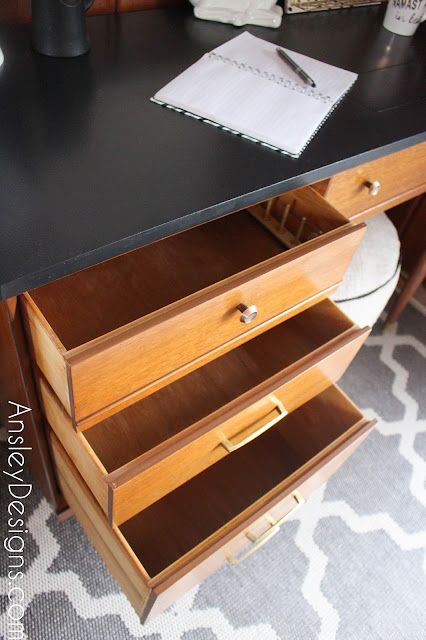 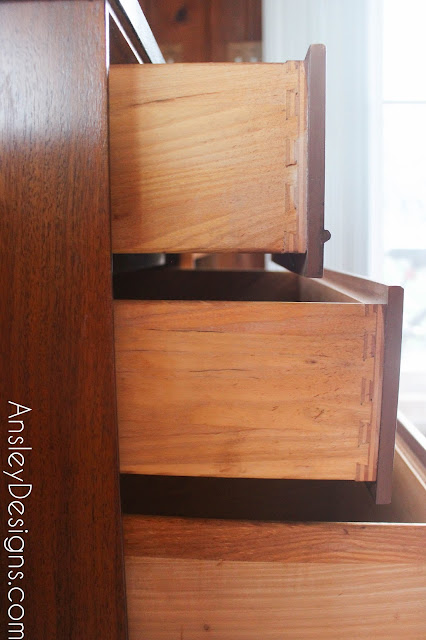 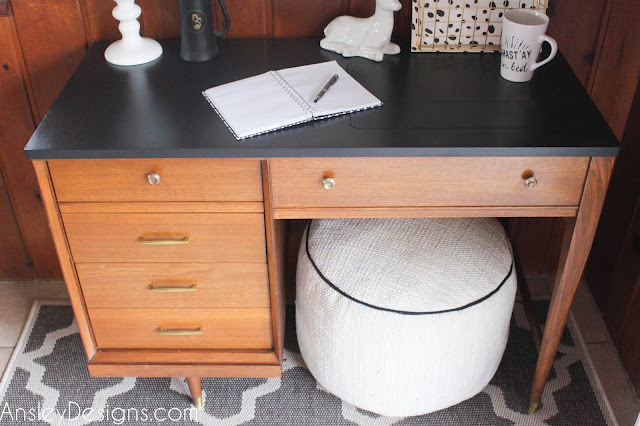 This turned out to be a great little piece. I'm sold on the black and brown combo! It gives a wonderful masculine vibe! And of course, the brass! ♥ 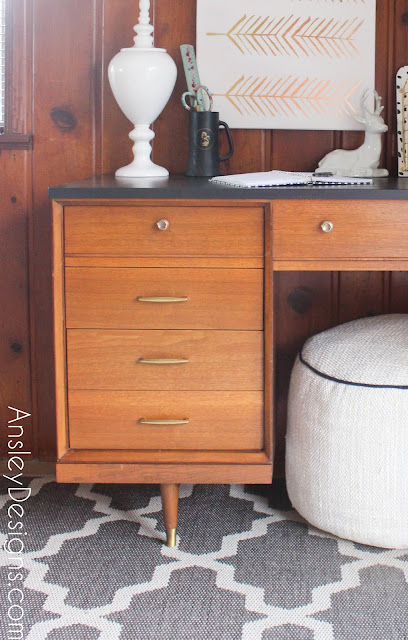 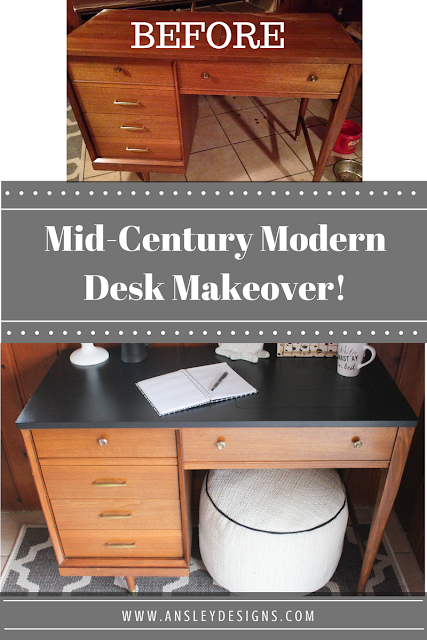